The Maasai women. The Libreville fruit market. The grasslands of Burundi, and the long antlers, raised up, sluggish, bleached from the heat. Such names that are broad and black, names that are enormous. A gorilla is sitting in the Congo and so too is a poet, here, somewhere in Europe. Both of them weaving in their own inaudible language a kind of dirge, punctuated with sighs. In high and verdant lands, on remote plateaus, in arid savannas stripped bare, in dormant conic volcanoes, along dried-up riverbeds, in the hollow ochre of termitaria, inside the termitaria, outside the termitaria, enveloping the yellow pelt of the lioness, in the sad crusts of sleep in the sad eyes of the scant elephant, in the outskirts of Merca, and in the outline of animal flocks, seen from the sky in Djibouti (these the nomads of the highest rank) – through all these things blows a fictitious dreamt-up fossil wind, cleaving everything open and exposing it. Like in the echoes from tribes, and bonfires through the night. Like the quadrupedal beating of a rhinocerine heart, sleeping on the grass in the National Park. But equally like the furtive, covert, greedy heart of a human trophy-hunter. Like the red pigment the Samburu – the butterfly people – use to smother their bodies. And like how, someplace far away, they eat sorghum and millet, grains that ripen in the autumn. Or like the muddled fumes rising from large human settlements. But, most of all, like the Sisyphean resolve with which the beetle nudges forward his ball of dung, and with which I, likewise, bear these words onward.

by Miguel-Manso. A selected piece from the online residency "A Flower Amid the Rubble"
… an ice cube.

by Miguel-Manso. A selected piece from the online residency "A Flower Amid the Rubble"
First light…

by Miguel-Manso. A selected piece from the online residency "A Flower Amid the Rubble"
… still half-horizontal.

by Miguel-Manso. A selected piece from the online residency "A Flower Amid the Rubble"
… on the other bank.

by Miguel-Manso. A selected piece from the online residency "A Flower Amid the Rubble"
MAAT.PT 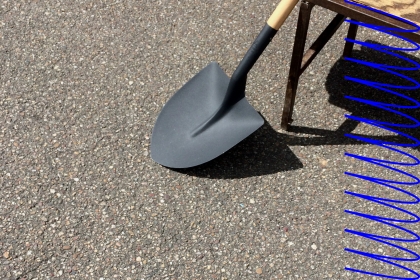 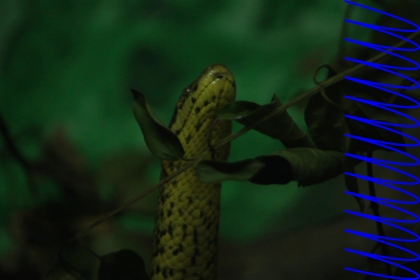 A FLOWER AMID THE RUBBLE
about/contacts
2023 . maat ext. all rights reserved