Presented in the context of Leva leva: Litany of Portuguese Fishermen, a project by FLEE.

For centuries, the economy of the Portuguese region of Algarve relied on fishery. In a town like Portimão, most of the men sold their labour power as fishermen on dangerous trawlers for a pittance, while women were exploited in fish canning factories, with little rights. In this context, the society’s cultural matrix often gravitated around physical effort and suffering. With the emergence of mass tourism in the late 70s, the coastal region of Algarve changed abruptly, and cities like Portimão saw the rapid appearance of a completely new economy: the service industry. In the ocean waters, fishermen pulling their nets became rapidly replaced by tourists carrying out large aquagym group sessions.

Exploring the notion of collective memory, Esforço Lúdico (a title in Portuguese that can be translated as “recreational effort”) invites participants of an aquagym session in Portimão to create a choreography on fishermen work songs recorded on a boat in 1962 by ethnomusicologist Michel Giacometti. In a region where suffering has been the driving force of the economy for years, Alan Strani’s installation questions: what happens when, in a few years, widespread entertainment takes over through mass tourism? How can the notion of effort be conceived as a chosen playful activity when it has been an endured action for years? This is the anomaly that this transmedia work attempts to explore. 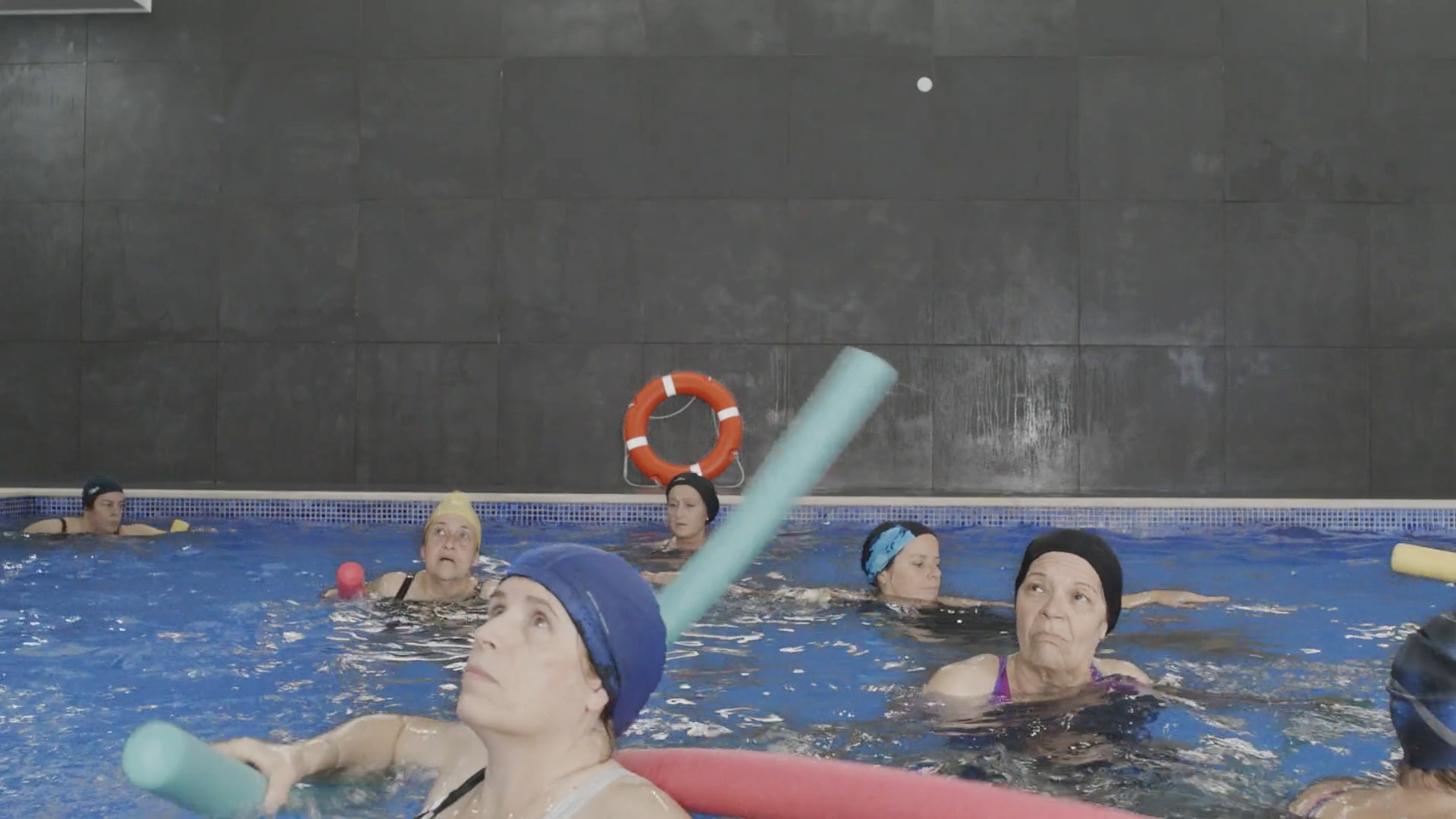 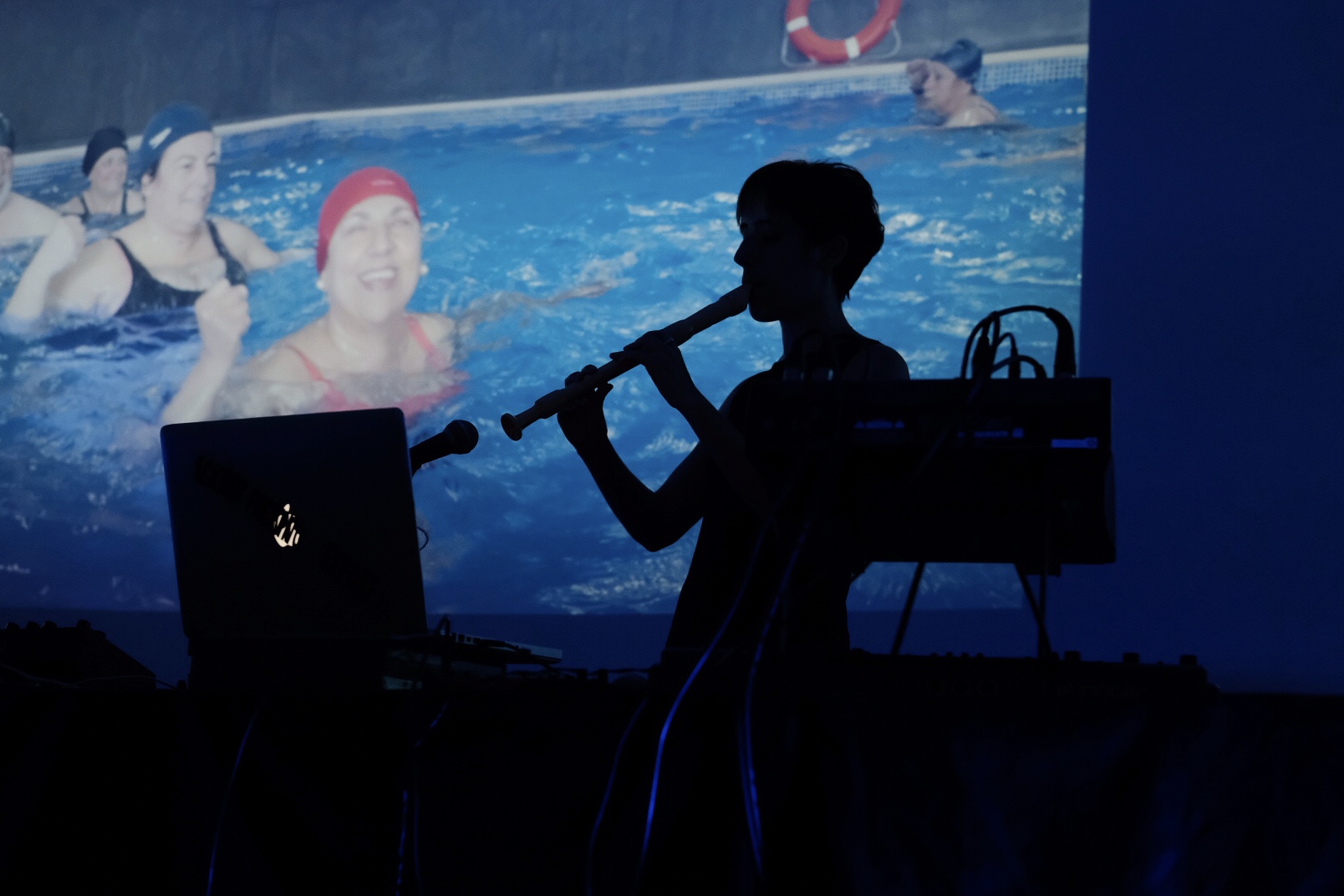 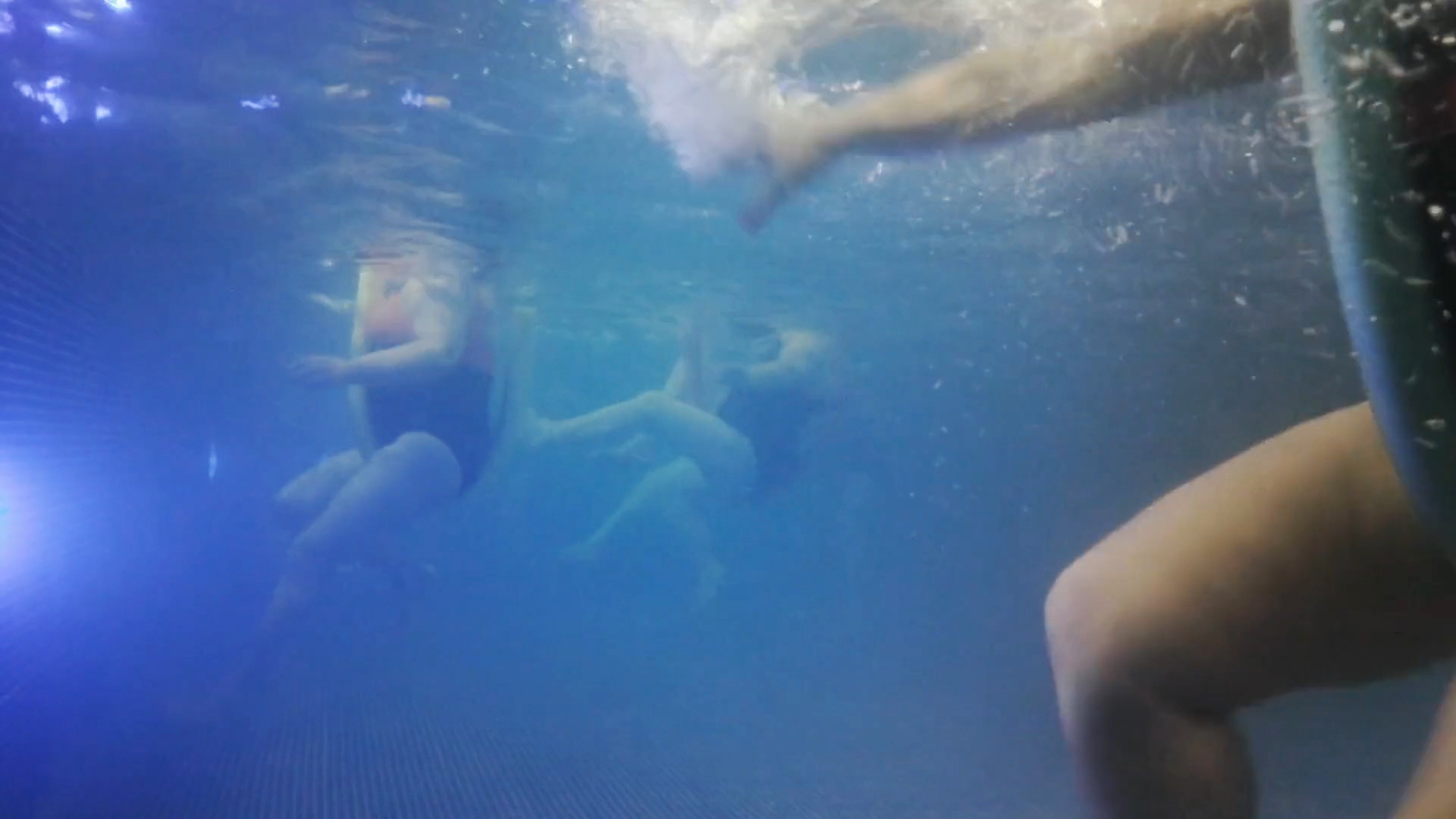 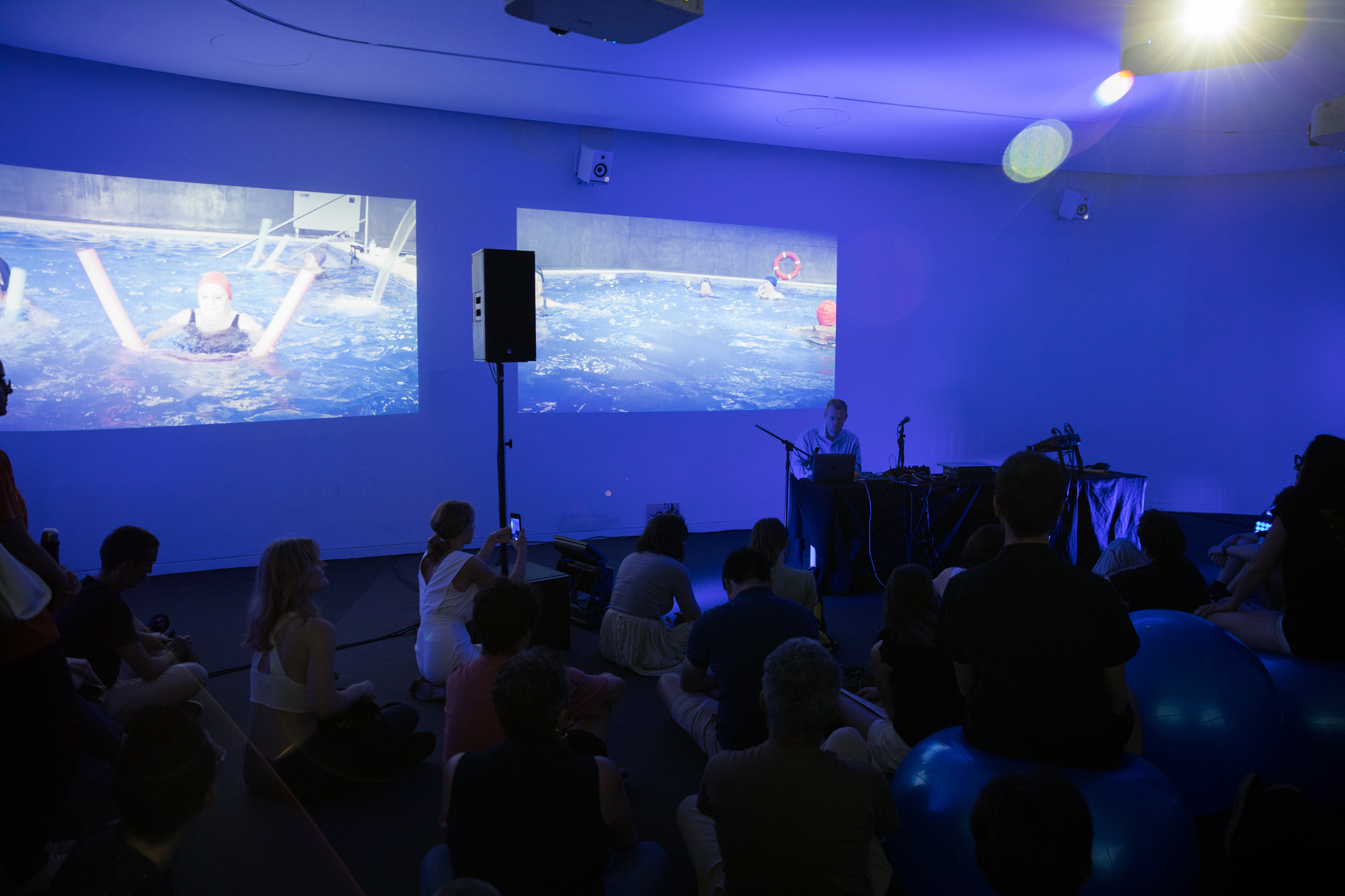 Video stills from Esforço Lúdico (2022) by Alan Strani, courtesy of the artist and FLEE.

Live acts by Frog of Earth and Filipa Cordeiro (maat, 16/07/2022) in the context of the installation Esforço Lúdico by Alan Strani (maat, 13/07–31/07/2022), on the occasion of the launch of the publication Leva leva: Litany of Portuguese Fishermen by FLEE Project. Photos: Vasco Vilhena, courtesy of EDP Foundation / maat, and FLEE Project.

Navigating between different means of expression, Alan Strani's practice crystallises around works of a transdisciplinary, transmedia and collective nature. Defending a fluid approach, where the essence of the message is favoured over the selected medium, the Italian-Swiss artist likes to use the symbolic and evocative power of different materials and environments, for example, by setting sculptures in motion through an audiovisual mapping device. Exploring different subjects such as collective memory or interpersonal relationships in the digital age, this Paris-based multimedia craftsman also expresses himself through the production of installations, as well as music and videos.

Founded by Alan Marzo, Olivier Duport and Carl Åhnebrink, FLEE is an independent interdisciplinary publisher, record label and curatorial platform dedicated to the documentation and enhancement of hybrid cultures. Creatively exploring and emphasising the outlines of globalisation from a historical and critical perspective, FLEE focuses on shedding light on subjectively selected cultural phenomena, while interacting with contemporary artistic approaches. Looking at a range of topics and disciplines, from music to architecture, FLEE follows an inclusive work method that favours a diverse range of viewpoints.

With all the restrictions that come with a theoretical and artistic approach, Leva leva: Litany of Portuguese Fishermen sets out to pay homage to the men and women who, despite difficult living conditions, managed to create an extremely rich social, poetic and musical tradition thanks to their indisputable courage and wisdom. Viewing that culture through the lens of the chants intoned at work rapidly became a self-evident choice in the context of this project. Not because school, festive or religious songs do not reveal the true nature of a community, but because it is at, and through, work and the interaction it induced among companions that man becomes what he is meant to be and remains closer to his own soul. For, whilst it is true that the exploitation and alienation that are so often inherent to it make the life of a worker and that of the rural labourer and fisherman more difficult, it is no less true that “the work of man is always a mirror in which the conscience recognises its own reflection”.

The Algarve beyond the fishing nets
Leva-leva, a project by FLEE 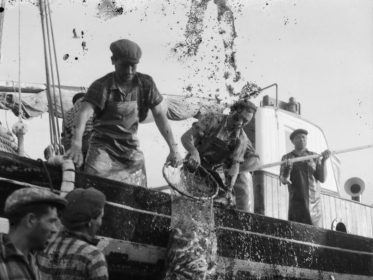