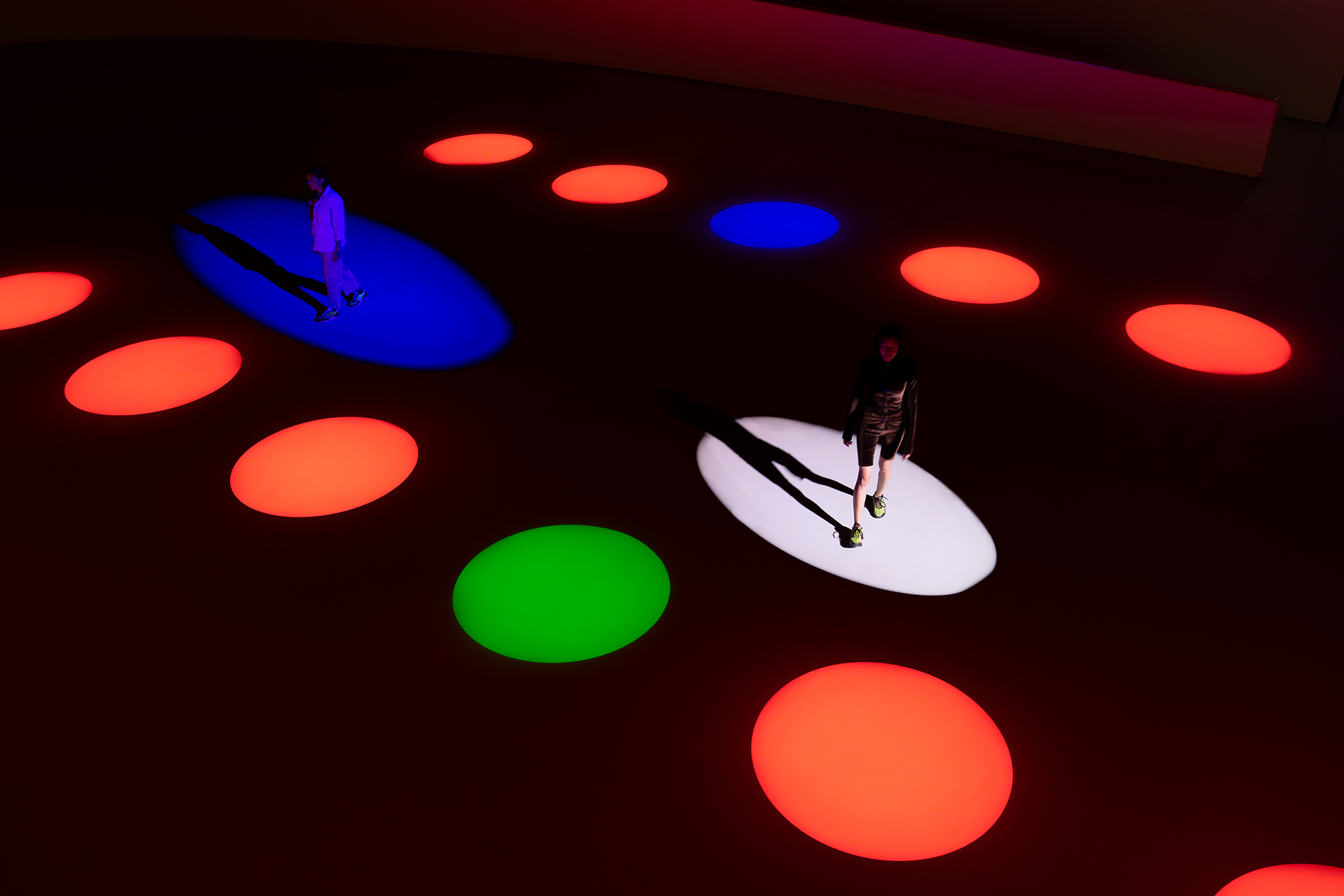 Lisbon Dots is a new work by Carsten Höller that is being presented at maat for the very first time (until 28 February 2022), in the context of his exhibition DAY.

Installed in the large oval room in the centre of the museum, Lisbon Dots consists of 20 spotlights in four colours which follow people’s movements and allow them to play a “reward and punishment” game with each other. Initially, there are 14 red, 3 blue and 2 green dots and a single white one. People with a red dot can “upgrade” to a blue dot by overlapping theirs with a blue one for a certain amount of time. The amount of overlap also plays a role. From blue, players can “upgrade” to green and then to white, with the respective blue, green and white dots losing their “status” and being “downgraded” by one colour step. However, if all the red dots are united by forming an uninterrupted chain or cluster, all 20 dots turn white. This situation lasts until 7 or more white dots no longer overlap with the other white dots. At this point, the game is over, and the colour dots revert to the initial constellation.

According to Vincent de Belleval, who assisted Carsten Höller in the making of this work, “Lisbon Dots relies on using the visitors' positions in the whole oval gallery which is acquired through a network of sensors which creates a map of the space and extracts the position of people in real time. This positional information is then sent to our game engine which assigns people spotlights if they either step on a dot or step through a specific region of the gallery. Once a spotlight is controlled by a person it is part of the game and can progress through the colour series: red, green, blue and finally white. On a technical level, the main challenge in the oval room is the complex geometry of the space as it makes calibration and alignment very difficult. We had to develop a method to get the exact position of each spotlight in the ceiling based on reference points on the floor. Using the same points, we can also align all the sensors so that all our virtual worlds and the real world align as well as possible.” 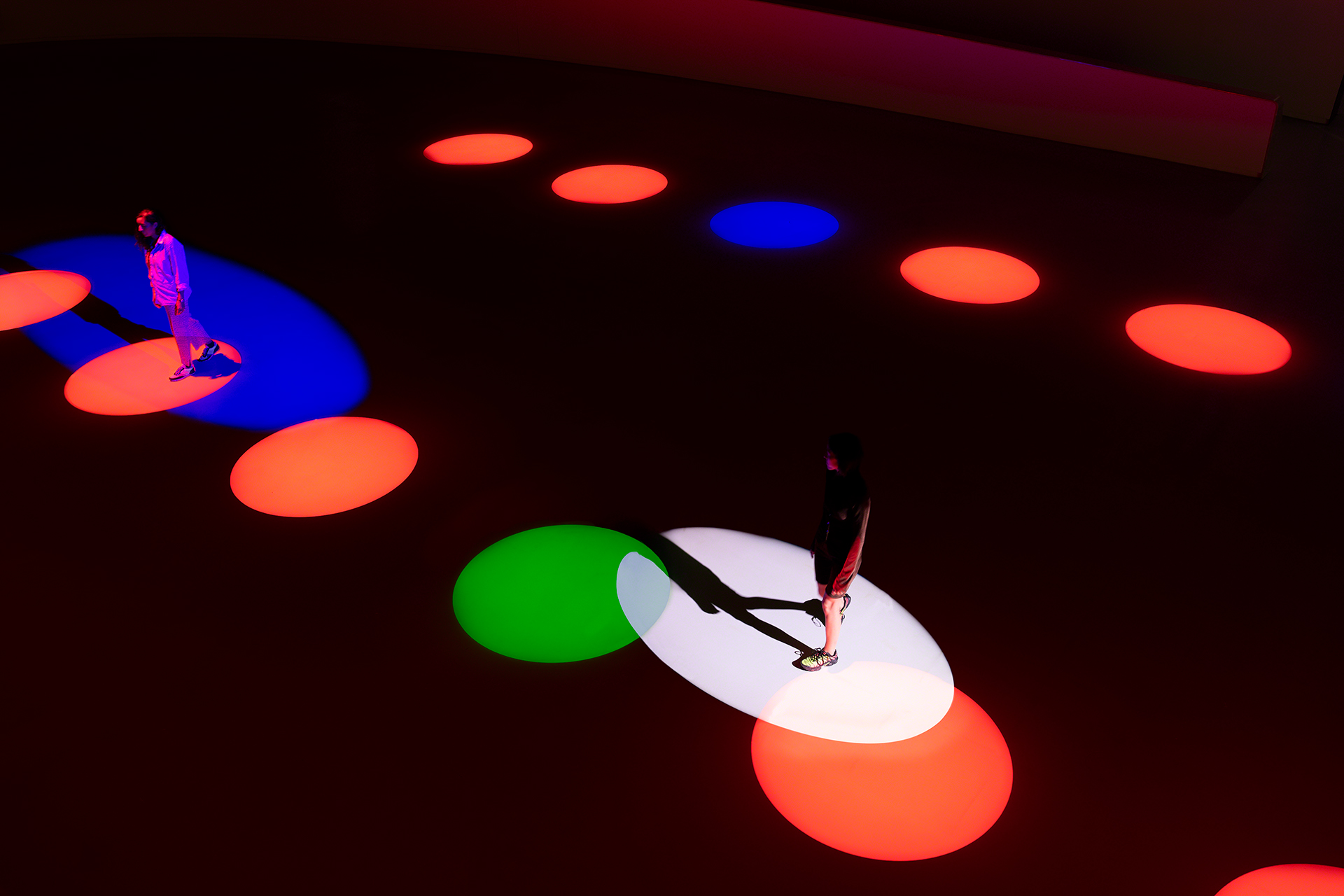 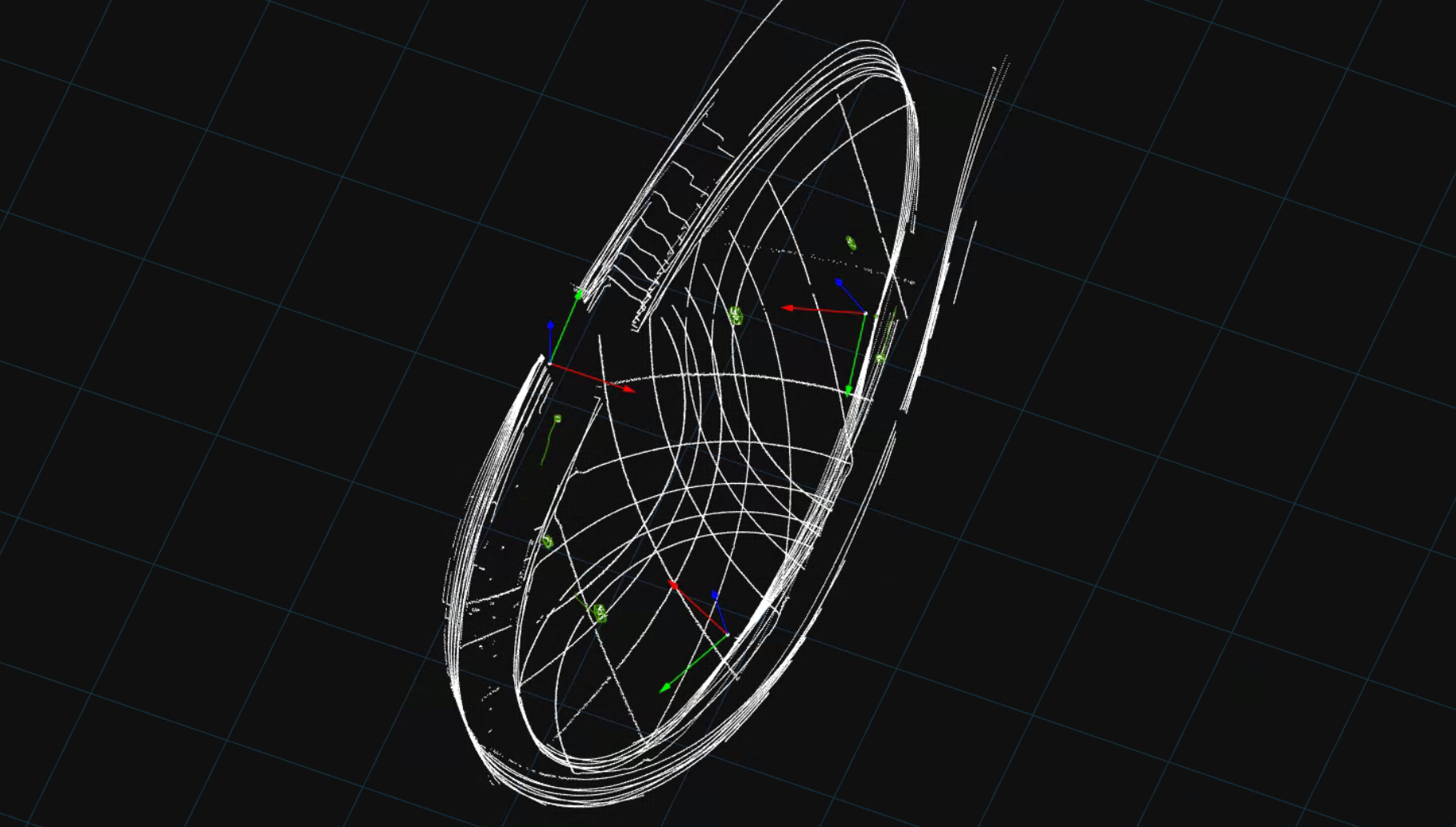 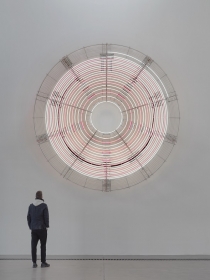