Throughout 2020, the year in which Lisbon was nominated “European Green Capital”, architect and researcher Lucinda Correia took it upon herself to inquire into what an environmentally conscious architectural practice could – and should – look like in the coming years. Inspired by the counterculture movement of the 1960s that rejected “the delusional reality of a society that was constantly lying by proclaiming itself triumphant in a world that was beginning to fall apart” (Correia, L., Counter-Architecture: Re-constructing Reality | #2/4 – Control / Transgression), she asks: what would a counter movement to today's common architectural practice entail? In the same way that the counterculture of the 60s was “not aiming to destroy culture but, on the contrary, aiming to save it” (ibid.), and acknowledging the importance of what we care about, Lucinda Correia states that “only Counter-Architecture might save architecture at the beginning of the 21st century” (Correia, L., 2021: 12).

Counter-Architecture. Re-constructing Reality / Green Paper is a bilingual publication that diagnoses the need for a new ethical perspective for architectural practice that takes climate change and the environmental crisis as the starting points for rethinking construction and urbanity in the present. Building on the unshakeable belief that we can still change our priorities and our behaviour to contribute towards a fairer and more sustainable version of the world, one of the main objectives of Counter-Architecture is, thus, to reframe the responsibility of architects based on the ecological impact of their drive to transform. Through interviews on transdisciplinary issues and poignant statements, this book invites architects to leave their comfort zones and to listen to what other disciplines have to say.

The reflections brought together in the Green Paper are the result of a public programme developed throughout 2020 in collaboration with maat. Counter-Architecture consisted of four curated sessions that each included a performative element, a talk and a debate. This led to an interdisciplinary platform for the discussion of urgent matters around architectural practice in the face of a global climate crisis and the implementation of laws to reduce the negative impact of human activity. Based on this hybrid programme, the publication highlights key aspects of the debates held at maat and introduces new voices to continue the conversation around architectural practice today.

The book is organised into four chapters, following the structure of the 2020 programme, each of which adopts the title of the binary axes that guided the conversations and penetrating statements, some of which are tantamount to manifestos. The chapters are preceded by reflections by the invited speakers of the talks – Rania Ghosn, Neil Leach, Lars Lerup and Tatjana Schneider – as well as two additional critical perspectives by Andreas Philippopoulos-Mihalopoulos, a distinguished Professor of Law & Theory and Director of The Westminster Law & Theory Lab in London, and Alain Deneault, a French-Canadian philosopher and author of L'économie de la nature (2019).

Could it be that the dream of an earthly paradise, that we never stopped feeding, has definitely vanished?

In “Reality/Fantasy”, the first of the four chapters that make up the core of the publication, Portuguese Pritzker award winner Álvaro Siza Vieira emphasises that architects have always been mediators and that this will continue to be their most valued feature in the future. He also draws our attention to the currently widely discussed ‘philosophies of sustainability’, underlining that ‘there is [a] danger of [them] just becoming another fashion’ (Siza Vieira, 2021: 38). On a separate point, Samaneh Moafi, senior researcher at Forensic Architecture, supports a ban on tear gas, a commonly used (and abused) tool to disperse protests.

In fact, we started handling the things that exist on this planet as consumable goods in a world that, we believe, was intentionally created for us.

In “Control/Transgression”, an interview with Carla Amado Gomes, an associate professor at the University of Lisbon’s Faculty of Law, revolves around the inequalities that have existed in our current socio-economic system since colonial times and engages critically with the regulatory framework that assesses the environmental impact of architectural projects in this very system. Amado Gomes also stresses the importance of interdisciplinary collaboration by emphasising that when it comes to “the task of drafting the legislation – at a European level – crucial lessons and advice should be sought from environmental engineers and biologists” (Amado Gomes, 2021: 50). In “Designing New Agencies”, Angelika Hinterbrandner takes a project developed at ETH Zurich in 2015 as the basis for an examination into the possibility of approaching constraints and conditions as design tools rather than obstacles. Rather than being mere executors, Hinterbrandner asks whether planners and designers could influence the definition of these constraints and conditions.

Universal goods are neither accounted for nor protected because everybody can use them freely. We only recognise things that can be economically assessed.

In “Disclosure/Concealment”, an interview with the environmental and social psychologist Paula Castro focuses on the central role of narratives within the process of legal justification. Throughout, Castro underlines the fundamental role of interpretation and mediation in enabling access to scientific data. Only once this process is complete does it become legible to the public and thus form the basis for political decision-making. In “Live Line”, Carla Juaçaba, an architect and professor at Mendrisio Academy of Architecture, also questions and redefines some of the basic concepts and tools of architectural practice.

There is a whole ethnography of originality feeding our imagination allowing everyone to acquire the concept of ‘subversion’, mainly through what we call “art”.

Lastly, in an interview in the fourth chapter – “Logic/Absurd” – the economist Francisco Louçã defends the need for a sustainable model of economic development and the crucial role policies play in creating societies that respect their natural surroundings. Further to this point, Portuguese architect Godofredo Enes Pereira, founder of the Master’s in Environmental Architecture course at the Royal College of Art in London, shares a list of ten practical points that should guide architects when adapting their practice to the current reality of the climate struggle.

As if attempting to draw our attention to the fact that one conversation leads to another, the interviews and critical stances in the main chapters of the book are followed by commissioned statements that further develop the topics discussed. Five Portuguese professionals share their thoughts: Rita Vieira Cruz (an economist and activist), Miguel Ferreira Mendes (an architect and associate researcher at CRAterre – International Center for Earth Construction), Luís Rosmaninho (an architect and Professor at the University of Lisbon’s Faculty of Architecture), Diogo Teixeira (an engineer, urbanist and President of Build the City) and Lia Vasconcelos (an architect and researcher at Nova University’s MARE – Marine and Environmental Sciences Centre).

Finally, the aim of Counter-Architecture is to change our view of architecture as an isolated practice. Therefore, Lucinda Correia and the invited authors, who engage both theoretically and practically with architecture and the built environment at large, embark on a self-reflexive exercise through which architecture is unveiled as operating within a broad ecosystem conditioned by situated legal frameworks and deeply entwined in local environments. Through a wide range of proposals that vary between theoretical discussions, speculative experiments, fictional exercises, philosophical thinking, practice-based reports and critical analysis, these reflections blaze a trail to think about architecture in relation to the climate crisis.

Covid-19 is a lesson to those who weren’t aware that their health depends on that of the Earth. However, climate change, the economic logic of ‘always more’, the overconsumption of fossil and nuclear energy, massive deforestation here and desertification there, overpopulation, soil depletion, the pollution of the oceans and the disappearance of animal and plant species – all of this endangers the biodiversity that ensures the habitability of the planet. To inhabit the Earth, human beings must look after it, that is, take care of it. Yet, “take care” of what? Places, people, things and living things, all at the same time and without favouring one at the expense of the other... To inhabit the Earth, every human being must cultivate their ability to be available in order to be conscious of that which makes up their world and to constantly interweave imagination and reality; to be able to name their feelings, their desires and everything that pertains to their daily life, so they must first inhabit their language. It is through this that human beings make their emancipatory actions intelligible. They are relational, situational and sensorial, and cannot overuse any one of these qualities without limiting others. It’s a delicate task for those who want to magnify existential ecology. An exhilarating mission, right?

It is a mission that Lucinda Correia and a wonderful panel of transdisciplinary contributors have taken upon themselves in Counter-Architecture. Re-constructing Reality / Green Paper. They invite us all to embark on this collective re-thinking of architectural practice today. 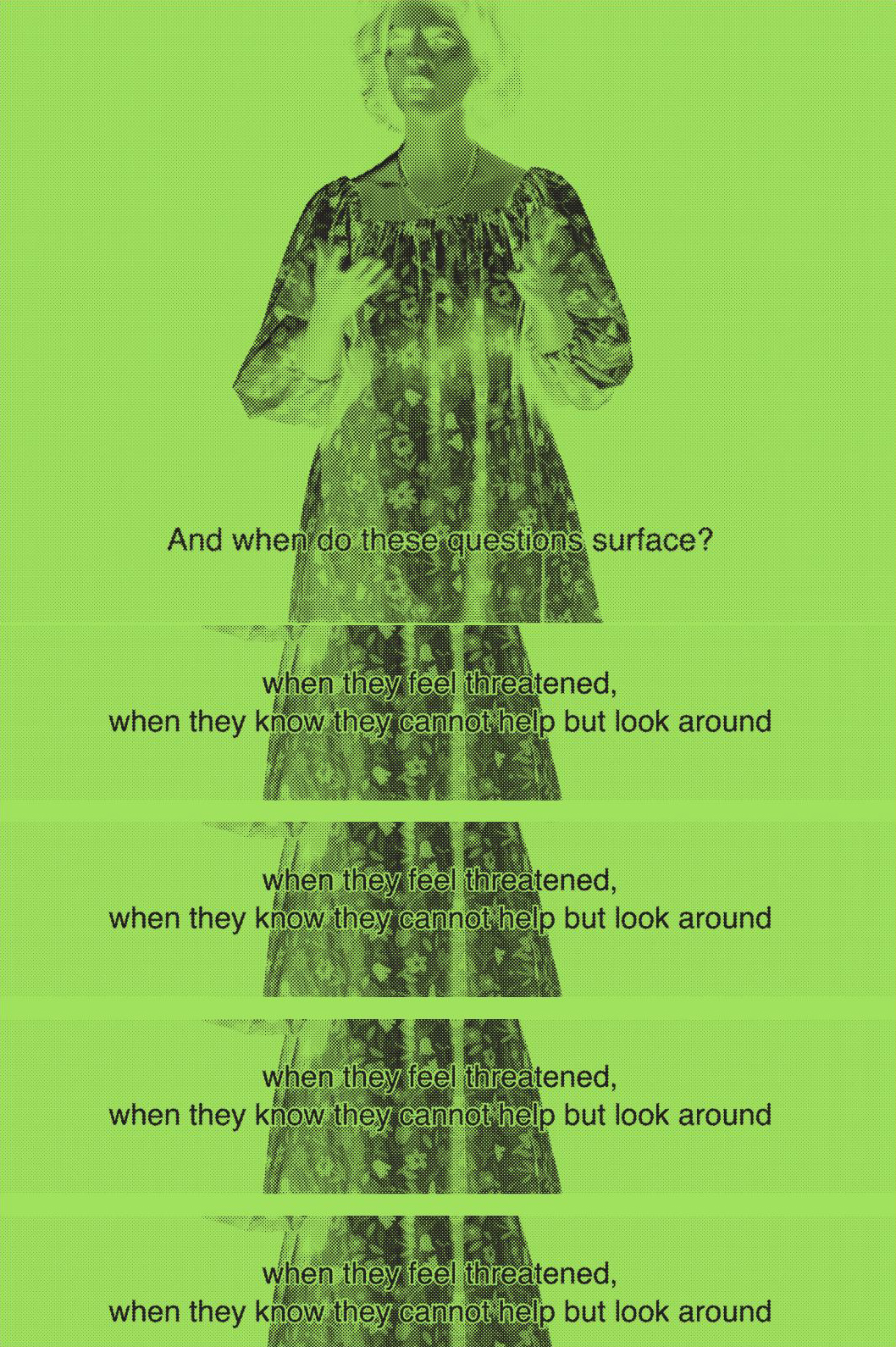 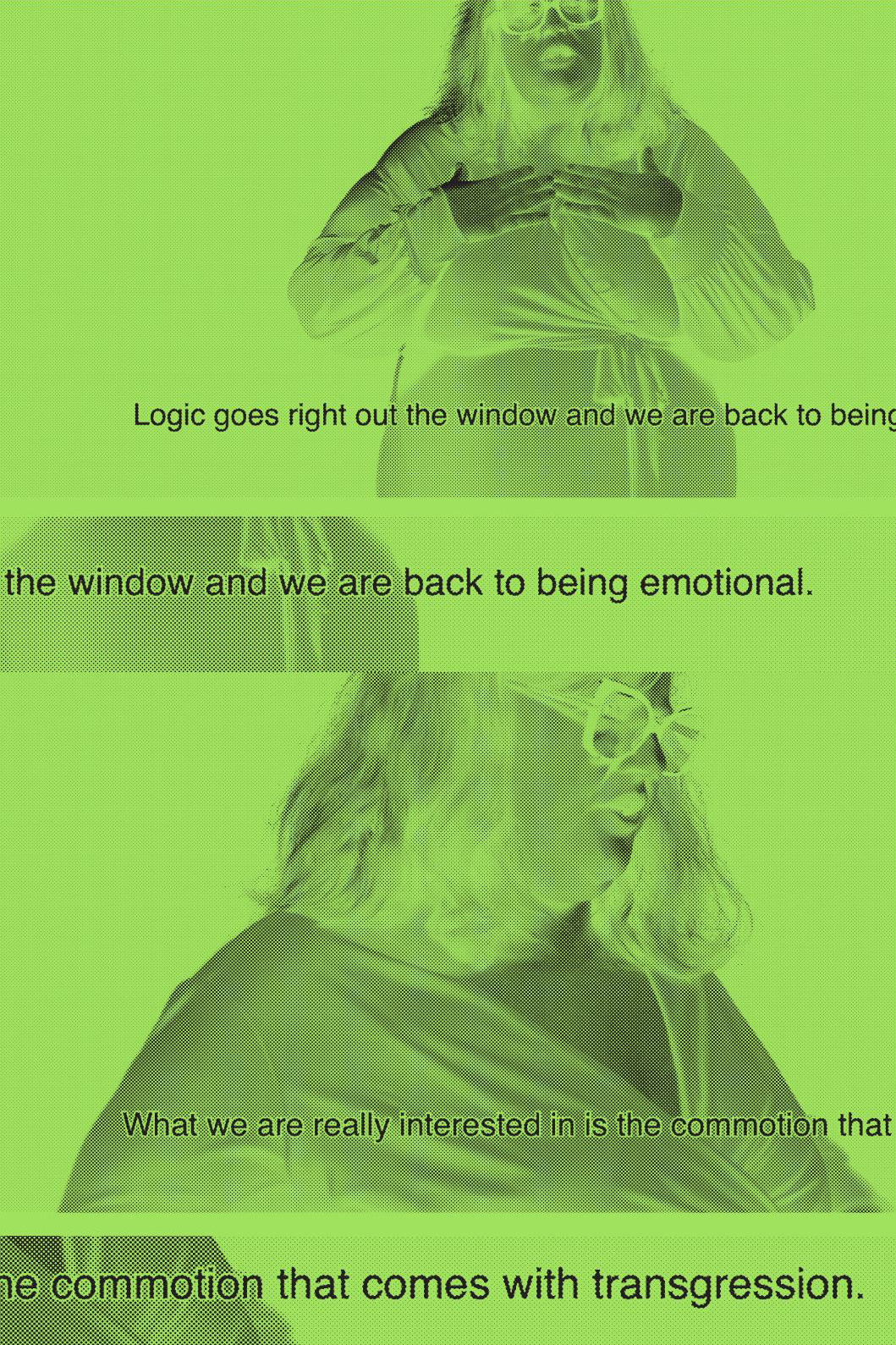 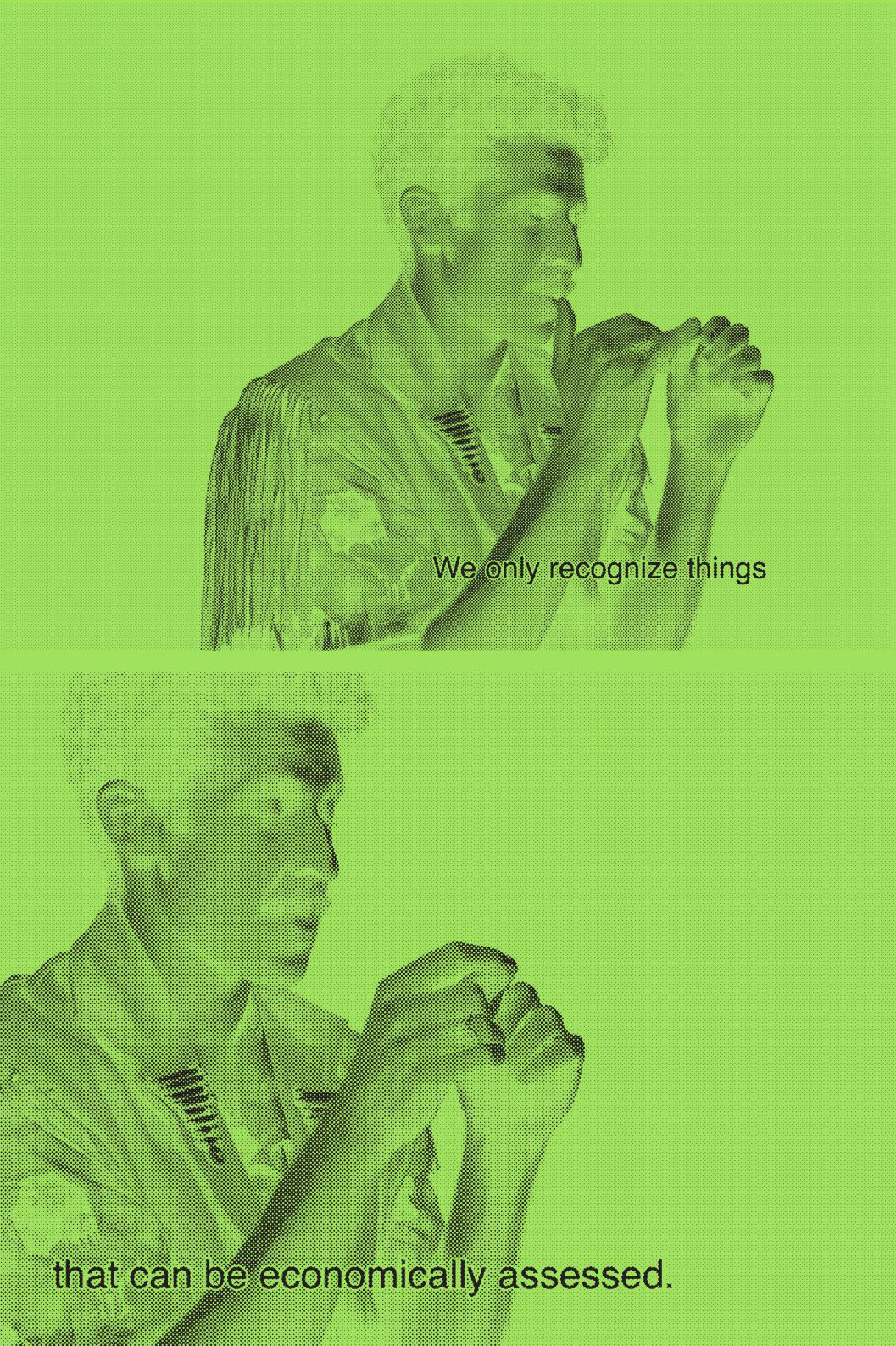 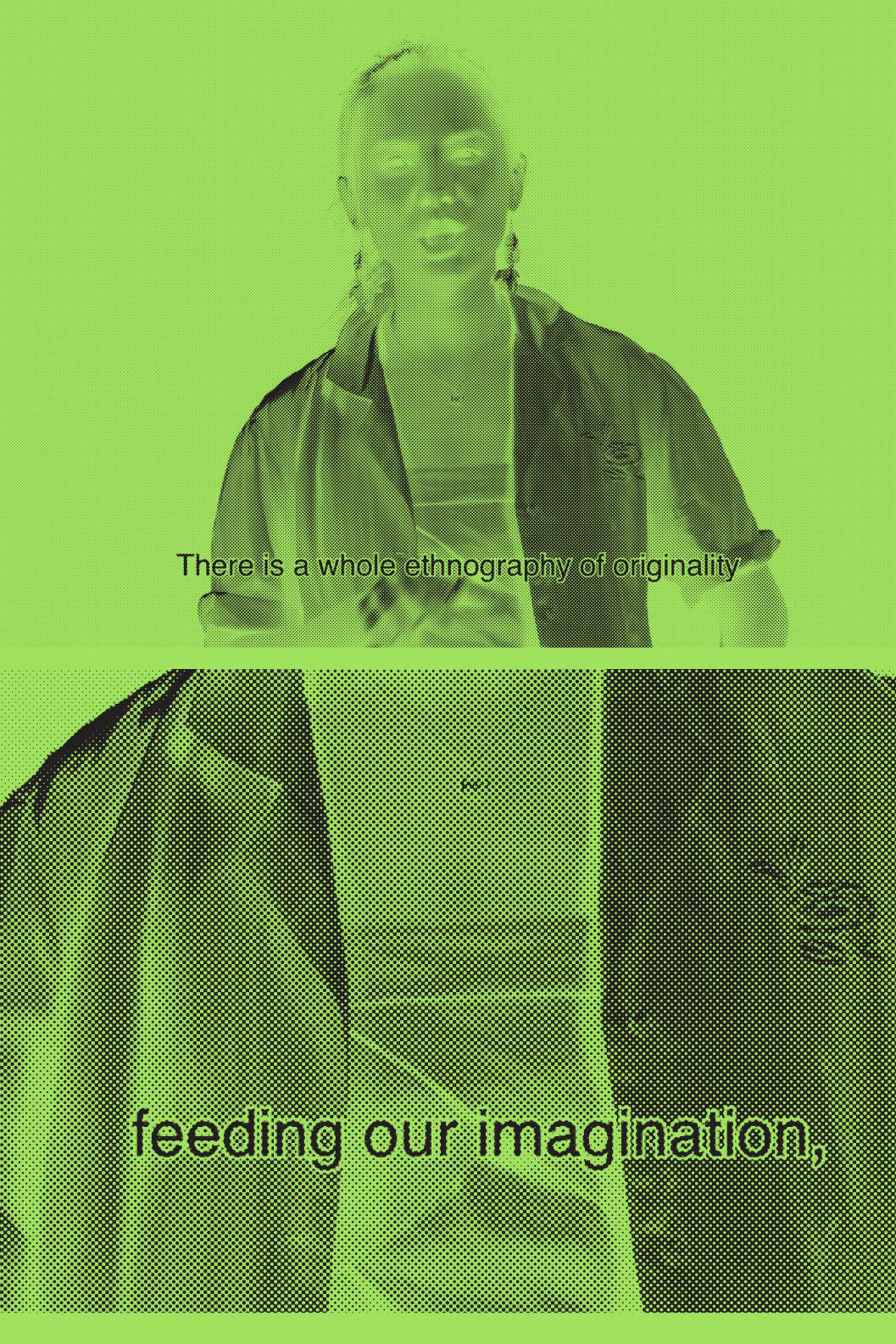 Counter-Architecture. Re-Constructing Reality is a collaborative research-project curated by Lucinda Correia for maat, that organises four performative actions, talks and debates that result in a green paper, aimed to think the future of “urbanity”. Through four oppositions of fundamental concepts — “reality/fantasy”, “control/transgression”, “disclosure/concealment” and “logic/absurd” — will be discussed the methodologies for approaching environmental impact, in its broadest sense, and the architectural and urbanistic practices, aiming to generate productive disciplinary crossings and, certainly, confront the different methods of argumentation. The guests are members of public administration, architects, engineers, geographers, promotors, scientists, sociologists, lawyers, builders and other urban actors. 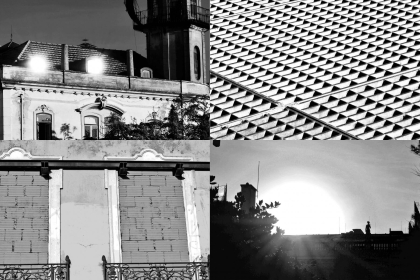 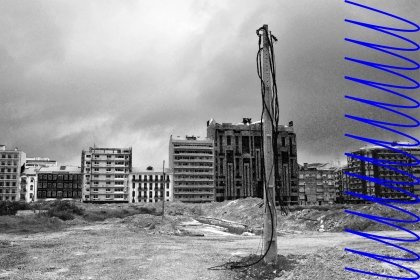