with Marco Rainò and Barbara Brondi

This series of informal conversations aims to disclose the ideas and research behind a selected number of projects commissioned for maat Mode 2020. Some of these dialogues were recorded during the lockdown in April and May 2020, while others were held live in the maat Media Room, a space designed as part of Beeline, SO – IL’s museum-wide architectural intervention.

Today we have Marco Rainò and Barbara Brondi from Italy. We invited them to develop a special edition of a programme they have been working on for more than a decade now. The programme is called IN Residence and, if I’m not wrong, our edition is going to be the fourteenth? Explain to us what IN Residence is in essence.

IN Residence is a project that began in 2008 in Turin; it is a non-profit cultural association that supports creative talent and organizes educational activities using design thinking as an investigation tool.

Over many years, what we have done as founders and curators of this programme, is to bring together people – very young designers and very young students, participants from all over the world, so that they can together reflect on a given theme that is proposed for each edition. We really believe that achieving this kind of gathering is important because we endeavour to develop a relationship between tutors, students and ourselves. It is somewhat different to what educational programmes around the world are used to. We really want to develop dialogue with a view to figuring out a different way of learning, not just having a tutor who tells you what to do; it’s more like trying to make young designers grasp how important it is to give meaning to the production of artefacts that we bring into the world.

You are correct when you say that this rethinking of educational models has been really central to the design industry especially in recent years. You were quite prescient in starting something like this – so after so many years of experience, what do you think young aspiring designers take from it? What’s the added value of having practitioners leading the project?

It’s interesting to note that the year we established IN Residence, Turin was the first designated World Design Capital, and at that time we focused intensively on the idea of providing a different kind of support to young and talented designers. Just to give you some numbers, so far we have hosted almost 100 designers and almost 500 people in our workshop sessions. We used to refer to everyone involved as the IN Residence family because basically it was more about human relationships than anything else. Not to be too romantic, but I think there is a crucial part we tend to forget about, which is the dialogue. Everything is based on exchange of thoughts, building bridges – we always see design as a social activity. 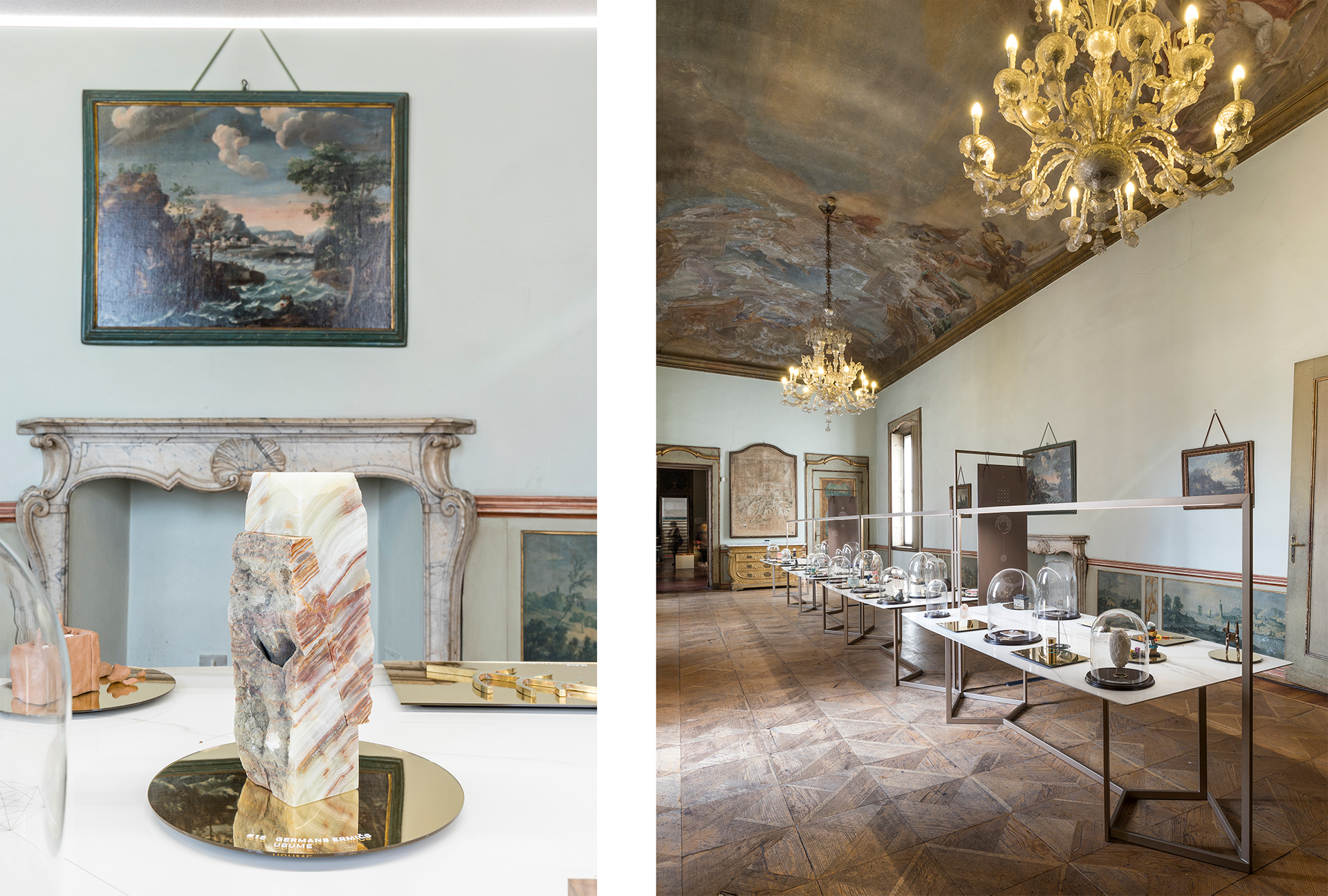 This aspect of relationality that is embedded in any creative practice really is being severely tested these days (editor’s note: the interview was conducted in May 2020 during the lockdown). So, do you think that what we are living through now, with all the constraints in terms of face-to-face interaction it entails, is an opportunity for the design field or is it a liability?

Of course, this is a period when we are able to use tools that we already have, but there is a certain speeding up process in the way we use certain devices. I think that in the future we will probably discover other possibilities of mixing analogue and digital modes and this will be a new terrain for design, this mixture between the two.

The project that you prepared for maat is titled Truth Tellers. Tell us a little bit of the idea behind this title.

We like our projects to be very much in line with who is going to host us, so we took some of your, let’s say, guidelines, to define our topic of investigation. Also, what we are now experiencing in everyday life is doubt, we are in doubt about everything. So, this is a very interesting topic. I would say probably even more so now, given the situation that we are all experiencing. But we also don’t want to define too many constraints, because we really like the idea that everybody can, in some way, interpret the theme as they like. So, it really becomes collaborative learning that can increase the capacity for critical thinking.

We were also very fascinated by the idea of the word “truth”. We exchanged some material with you a few months ago, including a quote about Garry Kasparov, the famous chess player who, in a later phase of his life, has become a social activist. He seems to deal with the word “truth” in a very personal way. He was born in Russia, the former Soviet Union, and the most popular newspaper there, “Pravda”, translates in English as “The Truth” – even though it is the kind of newspaper that doesn’t have a very high percentage of truth in its stories. “No news in the truth, and no truth in the news”, what Kasparov calls a post-truth. On the other hand, another inspiration came from Friedrich Nietzsche, a philosopher who wrote a lot about truth in itself. In the latest part of the nineteenth century he wrote “On Truth and Lies”, in which he asks “how much truth can our spirit dare? How much truth can we face or afford?”; it is a different approach or thinking to Kasparov’s.

I believe that our exploration falls somewhere between these two pillars, these two sources of inspiration. Kasparov talks about the post-truth of today and Nietzsche refers to truth as something by which to measure the value of the human spirit. Basically, he says “it’s not really important if you are talking about the truth in itself, it’s not so objective, but how much truth can you take?” We will try in the workshop to navigate and to give the designers we will be hosting, but also the other participants, the possibility to address and answer a variety of relevant questions – can we produce devices in order to reveal a certain quality of truth? And can we transform ourselves into truth tellers rather than mere storytellers?

Everything is based on exchange of thoughts, building bridges – we always see design as a social activity.

Curators and initiators of the IN Residence project, Barbara Brondi and Marco Rainò are architects and designers interested in experimentation through the practice of design, theoretical research and critical engagement. In 2002 they founded BRH+, a studio based in Turin, Italy, that develops a wide-ranging perspective based on the concept of architecture open to interactions among disciplines. They work as well on art direction and have created various cultural projects in the form of exhibitions and publications.

IN Residence Design Workshop #14: “Truth Tellers” is a creative laboratory that investigates the multiple meanings attributed to the concept of truth in today’s society, organizing a study that intends to reflect on the cultural value assigned to that concept. During four days, the designers-tutors, the curators and the participants are called to confront ideas and interact with the ultimate purpose of developing design considerations that can answer the questions implicit in the given research topic. As conclusion, a public event will be held to present the results of the research, to which two exclusive conferences by both curators and both designers-tutors will be added.

for Gary Kasparov
#thetruth
#glossary
To thine own self be true

by William Shakespeare
#thetruth
#glossary
What is the truth?