Battles in a Future Estate

Cinematic Architectures [with]in Arab Geographies is a series of three online lectures, curated by Róisín Tapponi, that focus on the role of the contemporary moving image and the production of space. "Battles in a Future Estate", by Ala Younis, is the first proposition in this series.

In 2006, US military intelligence cameras recorded the movements of American soldiers during the Battle of Haifa Street in Baghdad in Iraq. While soldiers were breaking into the apartments of high-rise buildings or hiding behind arches, the city’s contemporary landmarks appeared in the background of the images of the streets where Iraqi fighters were stationed. The houses that were broken into had never been exhibited in this way before, even though their plans had been shown in international magazines when they were designed by international architecture firms in the eighties. Several artists also created five paintings each for the entrances to the offices and housing blocks, and monuments for the public spaces. This decade witnessed a wealth of architectural and artistic talent focused on envisioning and engaging with the ideal city whose work was commissioned by the same regime that these architects and artists would attempt to escape from at the end of that decade and at the turn of the new century.

The architecture in Haifa Street was a conceptual prototype, a demonstration of the possibilities of a unique aesthetic discourse whose influence would seep, with its architects, from Baghdad to the rest of the region. The housing blocks were named after the nationality of the companies contracted to build them, and the blocks were entirely dedicated to a single type of resident. The 540 Dutch apartments were allocated to academics, the 400 German apartments were allocated to Syrian dissidents who had taken refuge in Iraq, and the buildings in the first part of the project were allocated to government employees.

The art portraying Saddam Hussein in the Saddam Arts Centre, which stands in the middle of Haifa Street, covered almost the entire ground floor. The art in his palaces and scattered across the country were replicas of his face, and it is perhaps because of the appearance of this art in the street that the US military became convinced of its residents’ loyalty to the regime in 2003. The American cameras not only filmed their soldiers’ attacks but also depicted the residents in a single light – as terrorists.

Some of the academics who lived in the Dutch apartments resettled in other places in the region – Amman, Dubai and other cities – where they either teach or continue to practise the same architectural vision that was developed in/for Haifa Street. Today, pictures of these houses can be found on many real estate websites, allowing us to imagine how much it would cost to own one in a slowly recovering Baghdad.

This presentation will attempt to single out mono-cultural practices and strategies as they inform military, artistic and architectural images. It will also attempt to historicise the fragmentation that inform these testimonies. 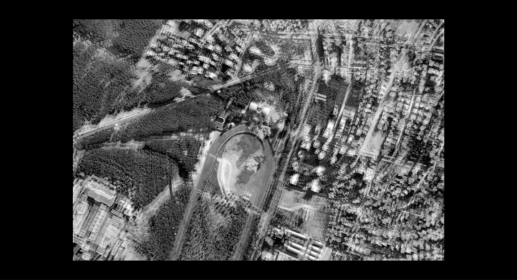 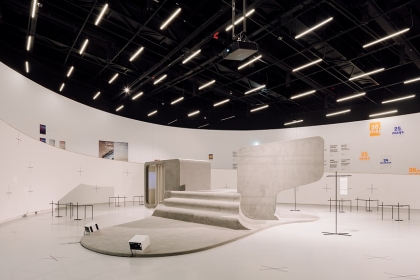 FILM PROGRAMME ART JAMEEL
X is Not a Small Country 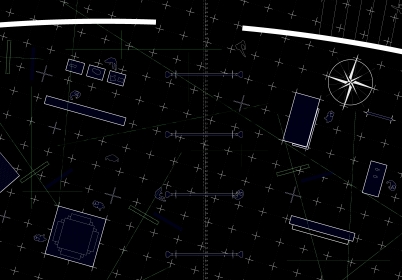