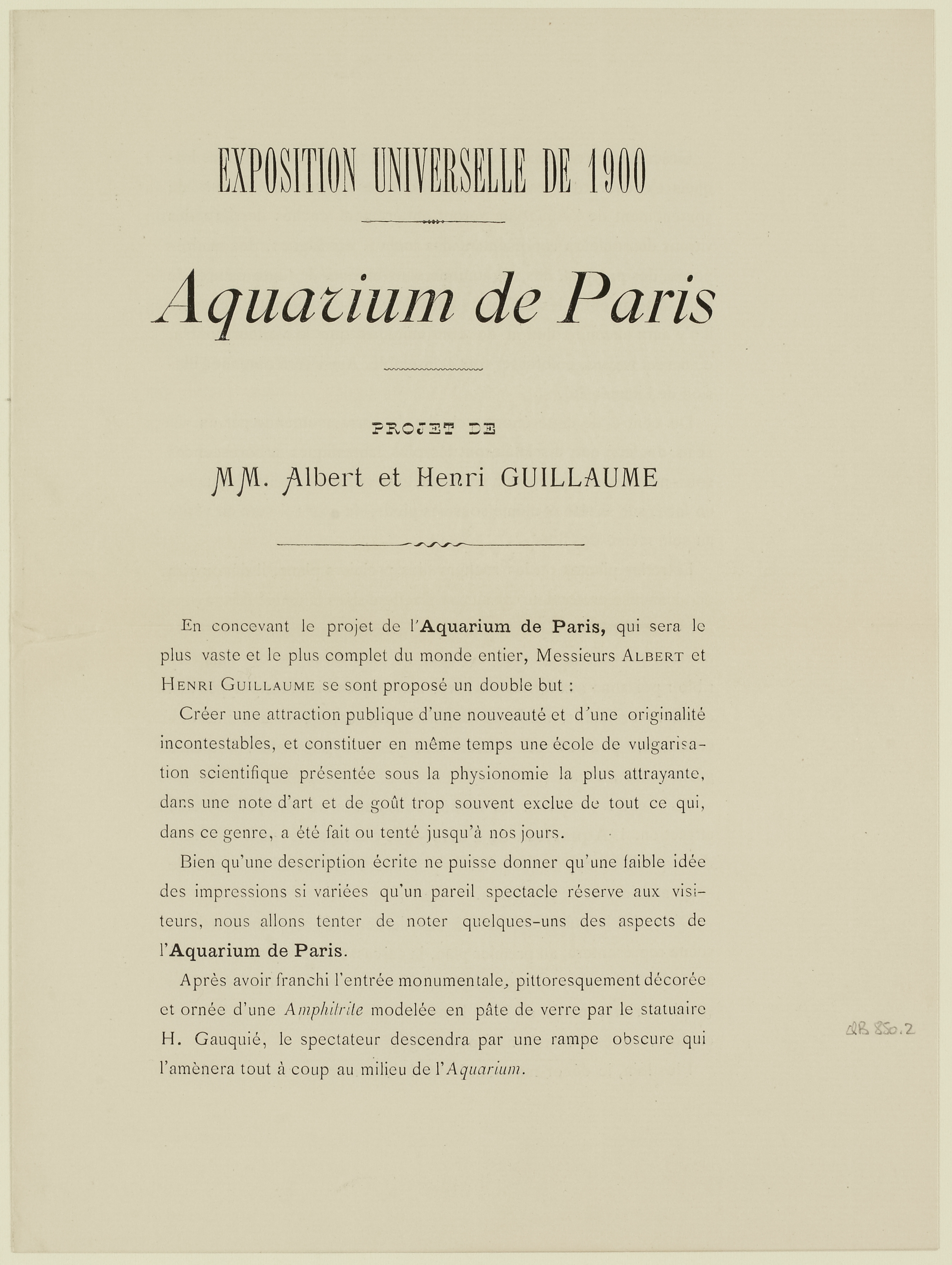 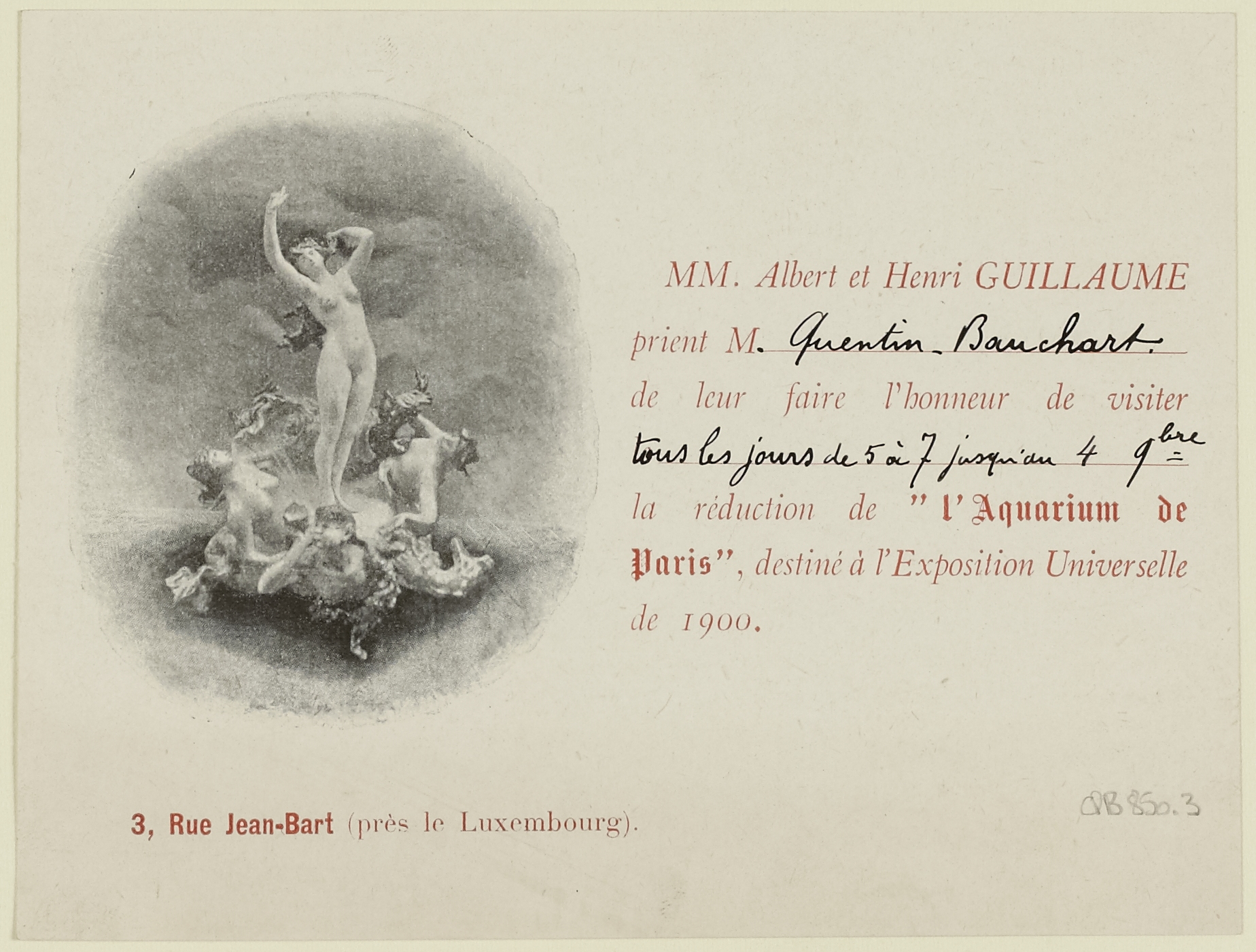 The Aquarium as a Staging Machine

For the Exposition de Paris 1900 – an event which marked the passage from the informative and positivist intentions of the nineteenth century to the taste for the artificial and for special effects of the twentieth – brothers Albert and Henri Guillaume would implement their project for “The Underwater World”, also known as the “Aquarium de Paris”. The pavilion included a stage and a curved wall made of tanks with a dry section behind them used for scenery and lighting.

This mise-en-scène even featured mermaids who would perform out of the water, transported on a conveyor belt. Reflected by a mirror placed at 45°, the performers would thus appear to be swimming among the fish in the tanks, and the music from the backstage orchestra would further heighten the charm of the visit.

The architecture of the aquarium, both then and now, may be interpreted as a complex staging machine. Thanks to improvements in technology, such as large transparent and very high-performance screens, the architecture melts away, and the sense of water and life inside the water begins to dominate the view.

So, where should we see from? Does architecture contribute to shaping the illusion of being part of the ocean?

In the darkness of public aquaria, and in the ever-growing sense of total immersion, the common ground between aquarium and stage is intensified, and the invisible screen of theatre emerges.

On 28 January 2014, the People’s Republic of China opened the largest aquarium in the world, the Chimelong Ocean Kingdom in Hengqin, which occupies an overall surface of 20.72 square kilometres, including two water rides, three rollercoasters, more than ten roundabouts, three theatres and a cinema with a 1,500-square-metre curved screen.