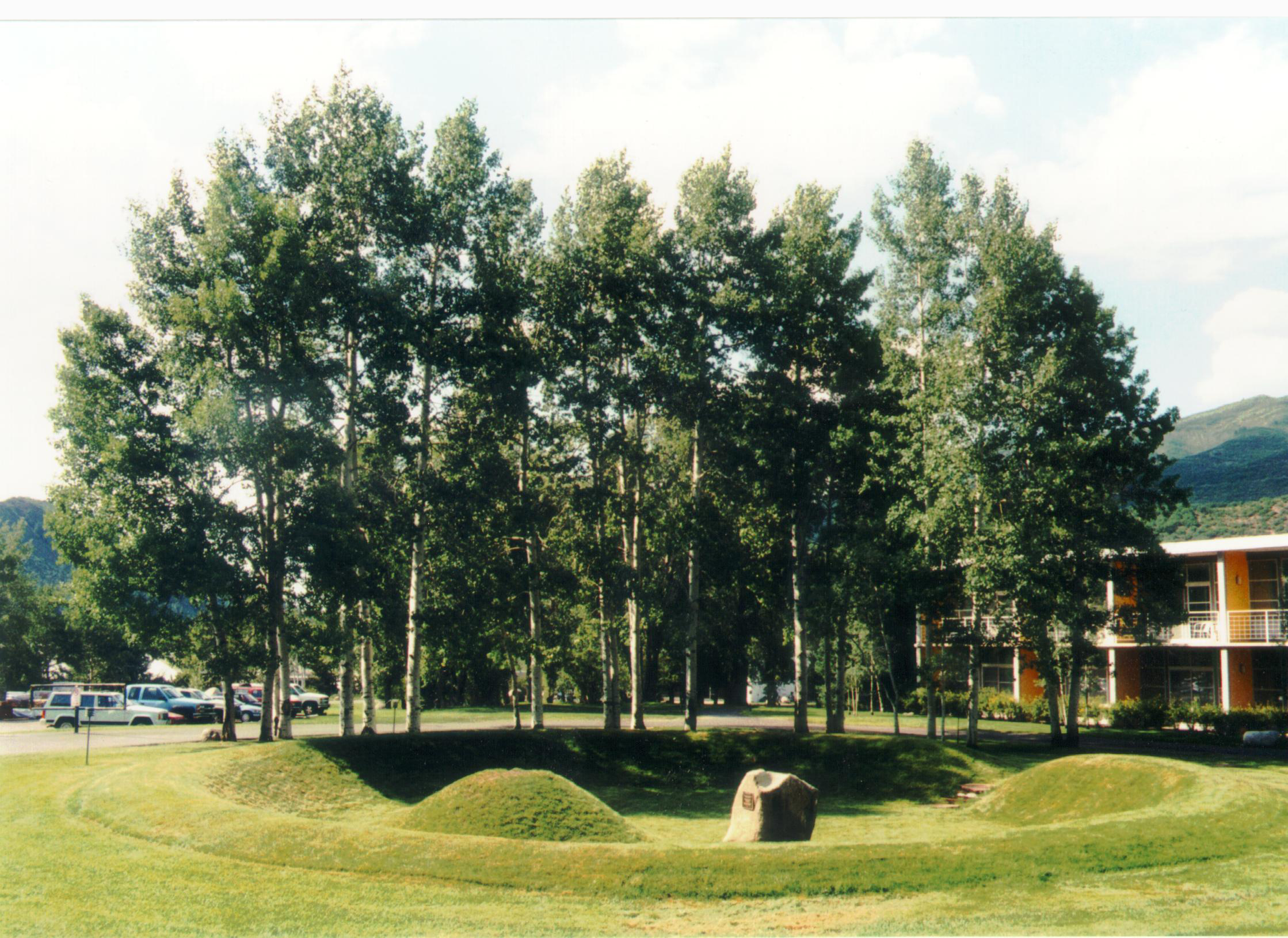 “Designed by Herbert Bayer in 1954, making it in all likelihood the first ‘earthwork’ done within the context of contemporary art; the piece [Earth Mound] is maintained and visible at the Aspen Institute's Aspen Meadows campus in Aspen, Colorado. Down a nearby path is Anderson Park, designed by Bayer in 1973, in which he combined elements of both Earth Mound and Marble Garden (1955), yet another of his sculptures to be found on the Aspen Institute campus. Bayer was an Austrian artist who taught at the Bauhaus in the 1920s. He worked as an architect for the Aspen Institute after moving to Aspen in 1946. After a long and distinguished career there, Bayer moved to Santa Barbara, CA, where he died in 1985.”

“Earth Mound, Colorado” — The Center for Land Use Interpretation,

“The enterprise of actually interpreting the interaction of the Earth and its surface with the surrounding environment of air, light and architecture was the ‘earthwork’ itself.”

“Best known as a graphic and industrial designer, he is also a painter, sculptor, photographer, printmaker, architect and environmental artist who did ‘earthworks’ a decade before the land art movement came into being. For him, there is no separation between the fine and the applied arts, ‘my work seen in its totality is a statement about the integration of the contemporary artist into an industrial society’, he wrote in a ‘credo’ of 1962 that also reveals his insistence on the lowercase alphabet in the interests of functional efficiency (capital ‘I's’ are excepted). ‘I believe that the artist must achieve creative control over the whole of his environment.’”

Grace Glueck — “Revealing the Painterly Side of an Eclectic Artist”,

Dotdotdot
explorations
#earthbits
#ecologicalcrisis
Excerpts from a Work in Progress

explorations
#groundworks
MAAT.PT
AQUARIA — ​​​​​​​Or the Illusion of a Boxed Sea