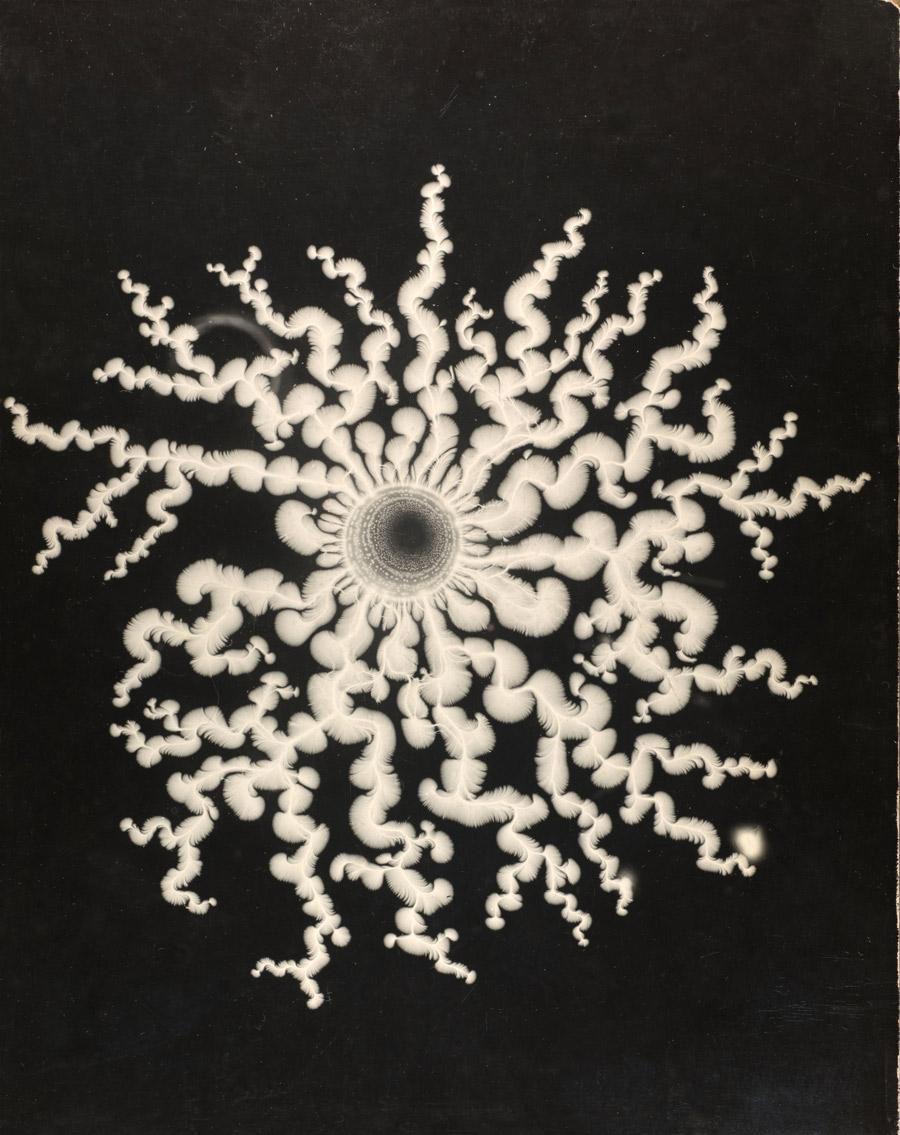 Memoirs of a New Landscape

The obvious world that we know on gross levels of sight, sound taste and touch, can be connected with the subtle world revealed by our scientific instruments and devices. Seen together, aerial maps of river estuaries and road systems, feathers, fern leaves, branching blood vessels, nerve ganglia, electron micrographs of crystals and the tree-like patterns of electrical discharge-figures are connected, although they are vastly different in place, origin and scale… Their similarity of form is by no means accidental. As patterns of energy-gathering and energy-distribution, they are similar graphs generated by similar processes.

“When Kepes tried to give an account of the different functions of the visual arts and the sciences, and what might connect them, he kept returning to the idea that nature served as a common base, as a common language for both. Being both ordering devices in that they try to impose a structure upon the human experience, art and science could have a complementary function in restoring the balance in today’s society, which he felt had been lost. What connected them further, argued Kepes, was that both art and science were ‘image-making devices’ which needed to visualize experiences. For György Kepes it was no accident that there was such a remarkable similarity between certain paintings and photographs and the images that had become visible through new optical technologies such as infrared and ultraviolet rays, microscopic and telescopic photography, X-rays and other radiation techniques. Both were looking for laws, such as pattern, structure, harmony, order or even disorder in natural and other phenomena. These technologies offered a completely new picture of nature’s order, which had hitherto been invisible to the human eye, giving new sensory experiences and expanding the range of perception. In order to make his findings known to the public, he organized an exhibition titled The New Landscape (1951), in which he presented the visual analogues between recent scientific visualizations of research models and the visual arts. Computer images, serial and other photographs of the ‘micro-world’ and ‘macro-world’ made by scientists, were presented next to artist’s images, showing analogous forms and patterns. A few years later he published The New Landscape in Art and Science (1956), in which he ‘attempted to present in pictures the new visual world revealed by science and technology, things that were previously too big or too small, too opaque or too fast for the unaided eye to see.’”

Marga Bijvoet — Art as Inquiry: Toward New Collaborations Between Art, Science, and Technology,

“Having achieved the scientific mastery of ... nature and its ordering into a one-sided technological dimension, man was searching for renewed contact with the pulsation of the dynamic forces of nature processes. He recognized that scientific technological progress needed to be re-evaluated in biological dimensions... The artist rediscovered nature. But he turned away from the naturalistic representation of the forms of the trees, flowers, and animals, and took as his new subject-matter the visible processes of the growth."

explorations
#groundworks
expanded classroom
Excerpts from a Work in Progress

explorations
#groundworks
#ecologicalcrisis
On the Importance of Natural Disasters