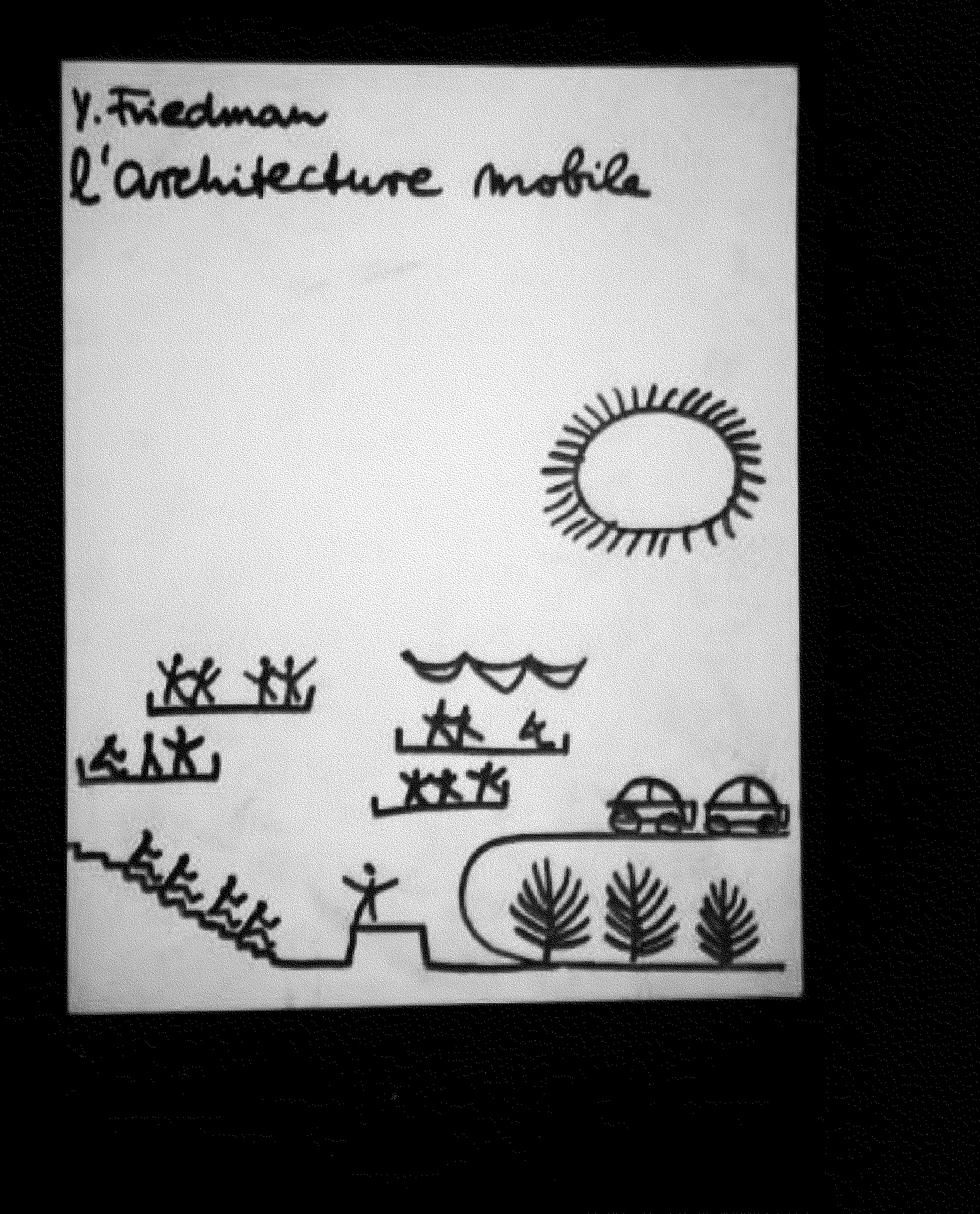 The idea of the Ville Spatiale was to assure for its inhabitant the freedom to shape both their individual habitat and the city layout, freely after their preferences.

The second element of that idea was the Architecture Mobile, the possibility to periodically remodel the individual habitat and urban layout, without imposing demolition.

“Friedman defined mobile architecture as a system of construction allowing the inhabitant to determine the form, orientation and style of their apartment, and to readily change these elements whenever they wanted. When expanded to a group, making decisions about a neighborhood, this system becomes mobile urbanism. La ville spatiale or the spatial city is the application of this theory, using spatial infrastructure, such as a space frame. In its most simplistic form, Friedman's master idea involved the use of massive, multi-leveled space-frame structures rising several stories above a city (or natural feature). These space frames would be supported by enormous pilotis or pillars, which would provide access to the elevated area and be the conduit for access and the delivery of utilities. The framework would be filled in with individual, prefabricated units, whose positioning, density and use could be altered as needed. The transverse elements of the structures would begin 15-20 meters above ground level and only fifty percent of each level would be built out, thereby ensuring light and air flow. The individual infill units were also completely ‘mobile,’ with all elements, such as walls, windows, and bathrooms, flexible and inhabitant-designed.

Friedman's ideas of mobile architecture and the spatial city were meant to address three key issues of concern to architects and planners at the time: explosive growth in cities and a resulting housing crisis, due to postwar demographic shifts; the inflexibility of the existing architectural stock; and a questioning of whether architects were adequately serving their clients' needs. All these were questions Friedman had begun considering while still in Israel, and although he laid out his solutions first in ‘L'architecture mobile,’ he continued to work out answers to these concepts throughout his career.

Friedman's city-above-the-city space-frame structures directly addressed the need for increased urban capacity and flexibility. Then, as is still often the case today, the typical response to problems of urban overcrowding was to demolish existing low-density structures and replace them with higher capacity ones, usually tower blocks. Friedman opposed this destruction and instead wanted to preserve the current city by intensifying it with elevated structures. The flexibility of his infill units in the inhabited voids of the space frame further alleviated issues such as housing shortages, because this new architectural stock could easily respond to shifting functional needs.”

explorations
#groundworks
expanded classroom
Excerpts from a Work in Progress

explorations
#groundworks
MAAT.PT
AQUARIA — ​​​​​​​Or the Illusion of a Boxed Sea