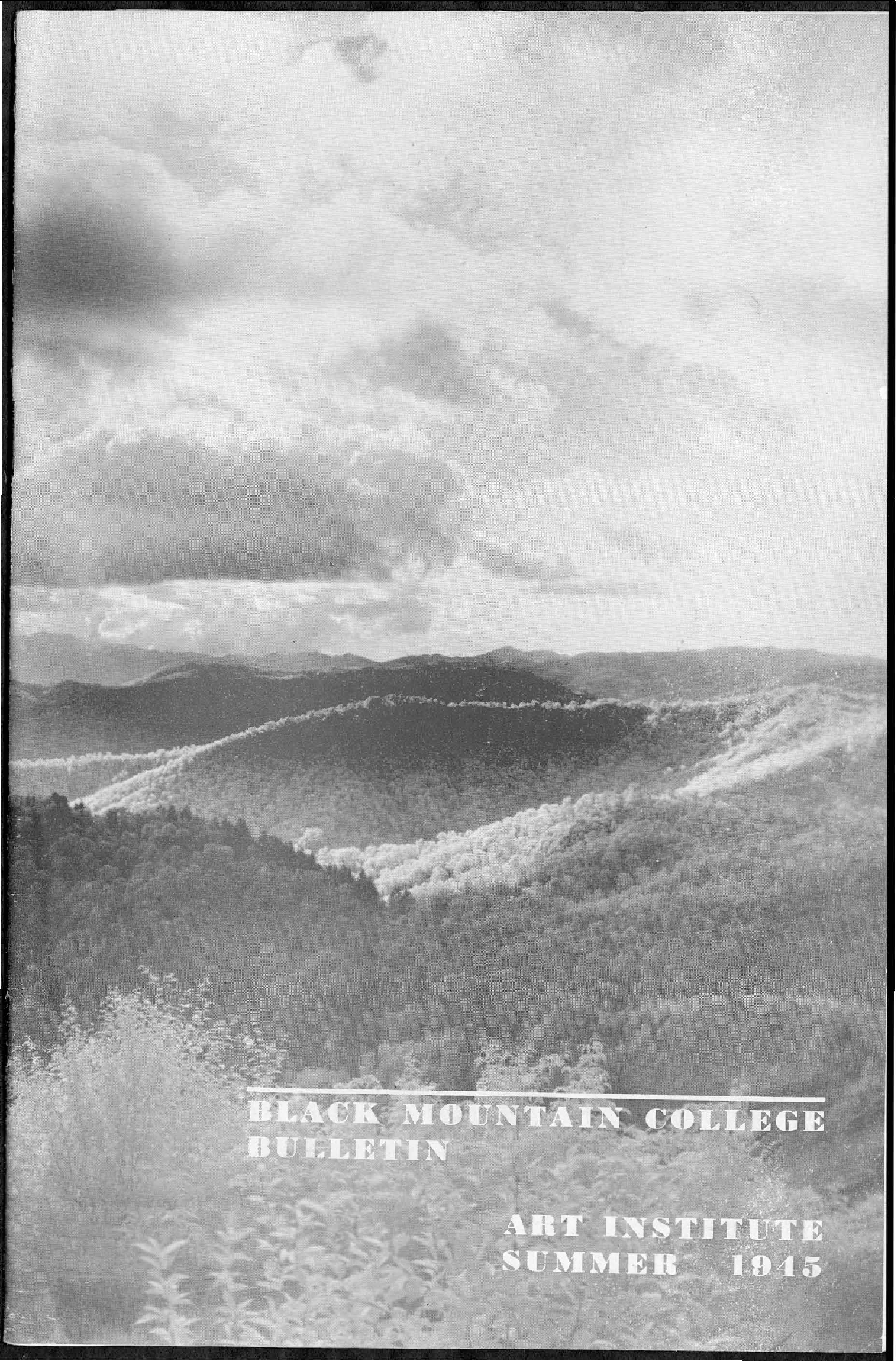 Excerpts from a Work in Progress: Black Mountain College

A recollection of Black Mountain College by Hannelore Hahn, written in 1945

“It was the permissive openness that spoke to me most. Anyone could sit around the seminar table and participate in discussions with the great minds of renowned persons. No one said you could not take part because you lacked some previous requirement. Once you had arrived, you were part of the community in every way. It was up to you how much or how little you wished to participate. The majority of the ninety students were considerably older than I. Some had been married and were starting life anew. Many had been to war and were returning as students on the GI Bill. I felt like a mouse amongst the biggies. Although I was not yet ready to dis-course, the sessions at the seminar tables were not wasted. I learned and saw with my own eyes that the passionate pursuit of ideas and meaning was life-fulfilling. Just bearing witness seeded my life for years to come. And then there were the interludes, those super-blessed seven days during each semester when all classes were suspended and we became immersed in the exercise of the serious and creative use of leisure time. That was the proof of the pudding. Everyone easily shifted gears to projects of their own choosing which had been emerging all along, but for which there had not been sufficient time. It was a pleasure to dig in and get to it. Even the mouse knew what to do. ...

The College without locks and keys, without prerequisites and administrative regulations, was also like an open dish in the universe. It allowed ideas, like particles or spores, to fall into it, to develop like organisms according to their nature, and to attract and to repel. No individual particle, no individual thought or point of view was to infringe upon or take away freedom from the others. This was Black Mountain's great attraction, but also its Achilles heel. Spores of dissension germinated in the BMC bell jar, and after a period of time, usually two years, a point would be reached when opposing concepts, their protagonists and their followers, could not coexist. One faction would then make its exodus, leaving the other behind as the drained victor. This rhythmic reoccurrence was in the nature of the College and was called a ‘split’.

But the creative use of time, self-directed, self-initiated, is a life-long blessing. Perhaps BMC already attracted those who were self-directed and did not have to teach this lesson. It is hard to say. But boredom, the great bane of existence elsewhere, in areas of work where initiative goes unencouraged and where, as in government, one is under other people's direction, did not exist at Black Mountain. Nor did it spawn the type of behavior typical of other schools and in the army, where one yearns for school to be out in order to loaf or go on binges. School was never out at Black Mountain, nor thereafter. I consider this to have been one of its greatest lessons.”

in Black Mountain College Sprouted Seeds an Anthology of Accounts,