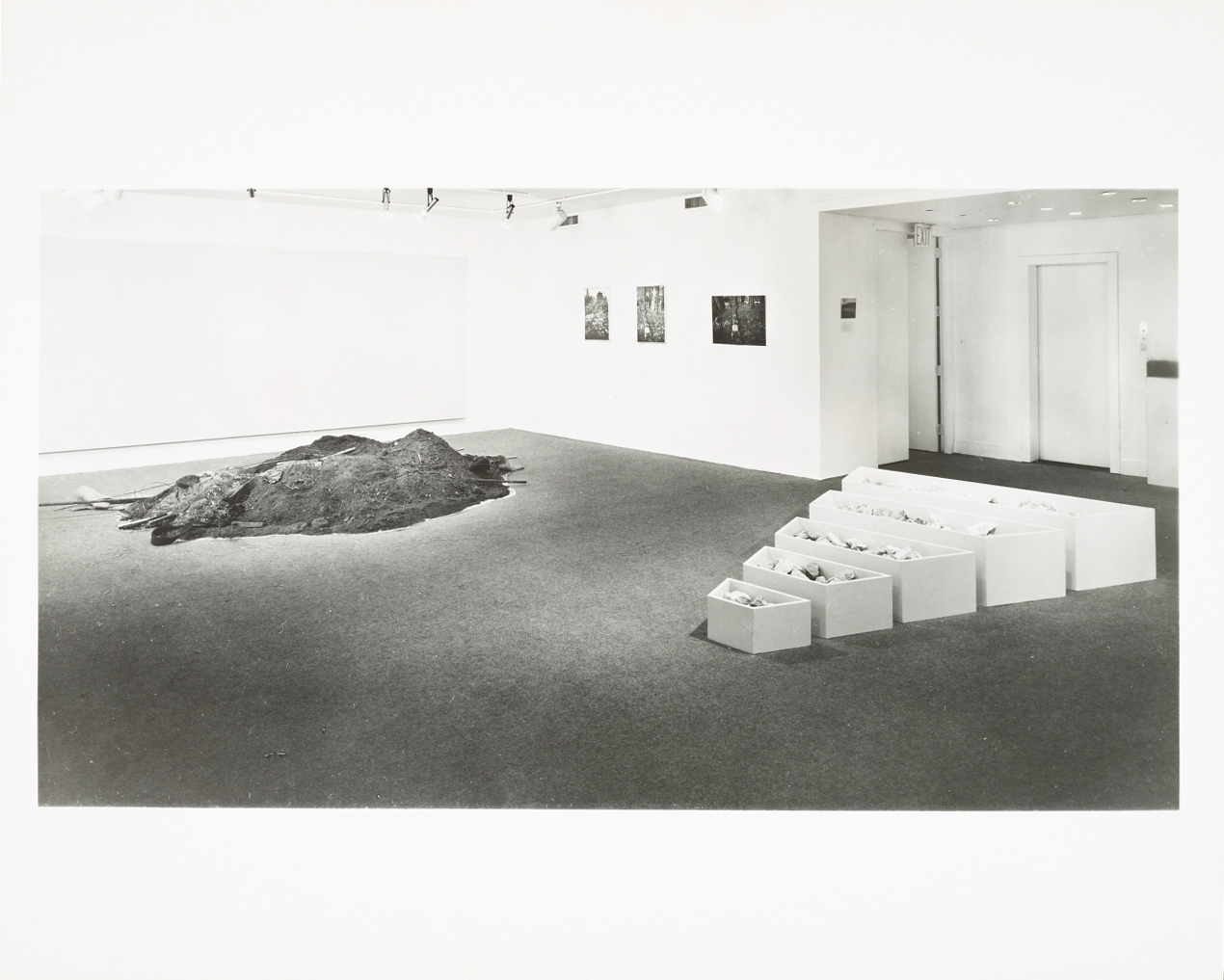 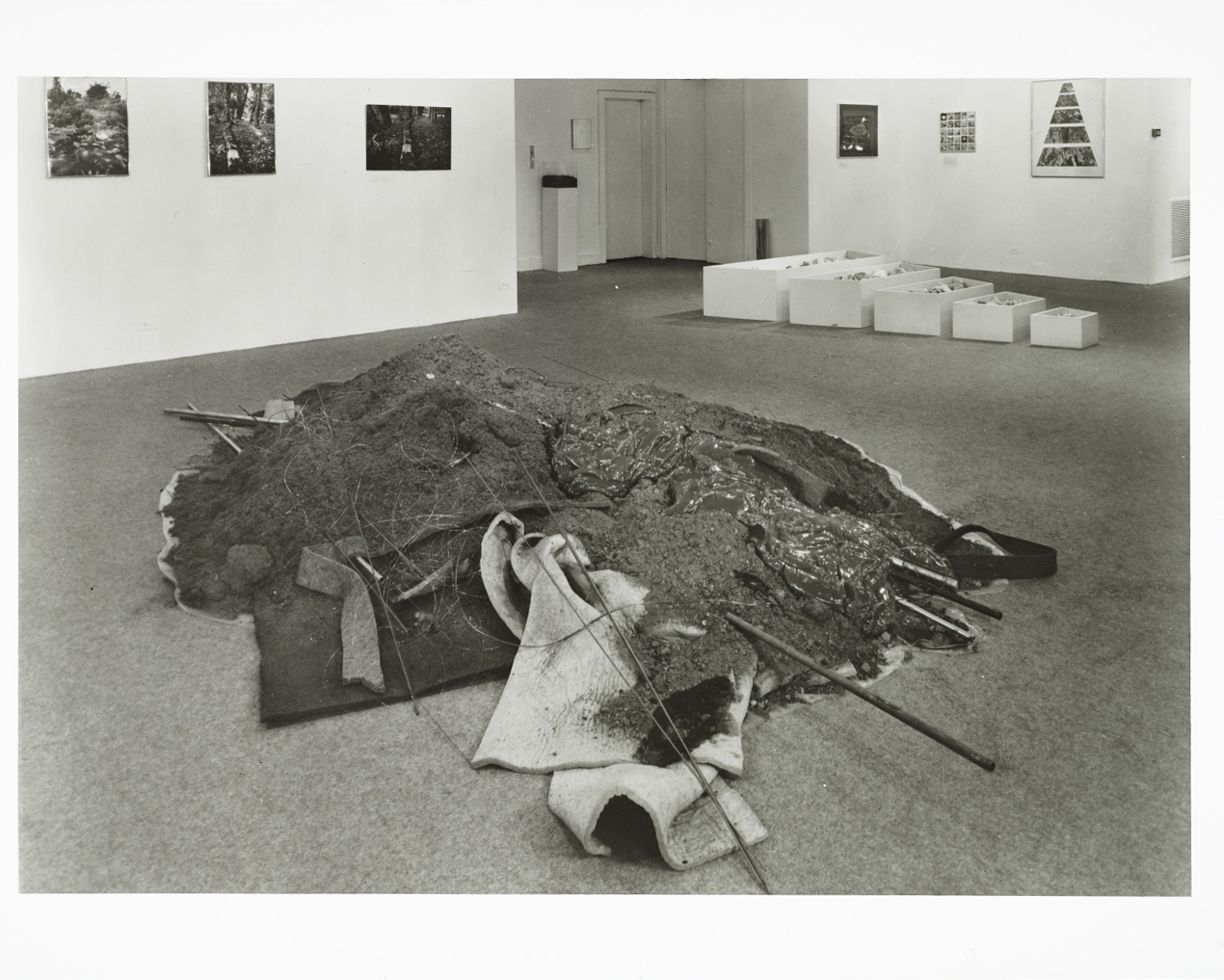 “In New York, many artists started reaching out to me; several were making interesting, contemplative, and quiet works. I thought that so many of these artists were wonderful, but I couldn’t show them all. I hated visiting studios and seeing people’s work for that reason. Still, I realized that I could help artists in different ways. In 1969, Robert Smithson told me that he wanted to do something at the airport in Fort Worth, Texas, and that he was involved with some engineers who were going to be working there. He had asked Carl Andre and Sol LeWitt and Robert Morris to also propose works for the airport site but then the project fell through. Nevertheless, Smithson, Nancy Holt, and I began to look at sites around New York and New Jersey and further south into Virginia. We ended up taking a number of trips together in search for land on which to make works. In 1968, when we could not find land that was available, we were inspired to organize the ‘Earth Works’ show in the gallery.”

“Earthworks represent a special and conceptual involvement with literal nature and it is not an accident that almost every artist in the show exhibited 'minimal' art in seasons past. Either passages of landscape are turned into art or object-art is turned into a kind of landscape, or object and landscape are combined in a way that is both esthetic and atavistic. Dennis Oppenheim proposes to mow rings up to ten miles wide in the wheat fields surrounding an active volcano in Ecuador next July, whereas Robert Morris assembles, in a gallery, and for one time, a compost of dark soil, a profusion of pipes, lengths of felt and a gelatinous mass of thick industrial grease. Other varieties of the literalist landscape experience, either illustrated or actually shown in the exhibition, include the vast parallel lines drawn across a Western wasteland by Walter de Maria, and a gallery in Munich with wall-to-wall dirt, also by de Maria. Rough-hewn blocks of wood by Carl Andre were illustrated snaking through forest underbrush; Michael Heizer dug slit trenches in forests and sun-baked mud flats. Claes Oldenburg showed some dirt in a plastic container; the dirt was said to be seeded with worms. The hole he had dug and filled up again behind the Metropolitan Museum of Art was presented on film.

What I think is involved in earth art in particular and actual media art in general is a 20th-century version of the picturesque. The picturesque was a theory of landscape that emerged in the late 18th and early 19th centuries, especially in England. As the word itself implies, the picturesque referred to landscape seen in an essentially pictorial way. Landscapes were judged for their pictorial beauties and the same effects in painting were highly praised. In other words it was a way of seeing nature and the setting was very important. An extensive body of literature describing and illustrating picturesque tours came into being.

As the 20th-century form of the picturesque, Earthworks signify an analogous degree of over-cultivation of the modernist idiom. And it implements the condition of over-refinement in the course of seeking to renew modernism by a direct involvement with ‘actual’ media, an involvement that has run the gamut from wood, metal, plastics, the entire industrial process and now common dirt. It thus links up with Pop art as a kind of precious primitivism seeking revitalization through willful banality. And like Pop art, it is effective only insofar as it confirms the stylistic attrition it seeks to reverse."

A Sedimentation of the Mind: Earth Proposals