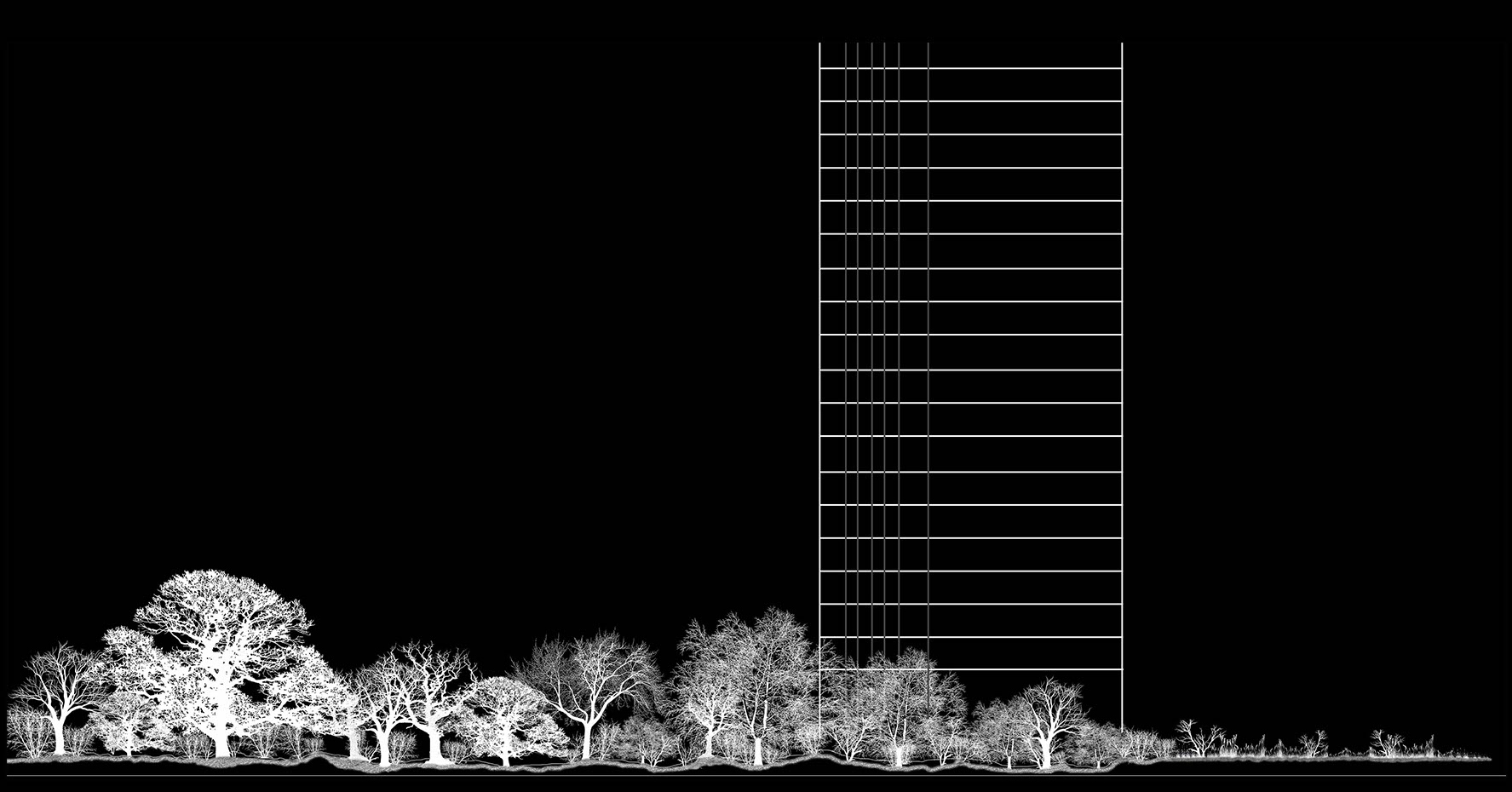 “In Sonfist’s landscapes, vast seas of time are compacted into tiny spaces. These projects are often re-creations of the environment as it existed before man’s interference. For example, with his Time Landscape in downtown Manhattan, Sonfist replanted the kind of forest which once blanketed all of New York City. Man had long since obliterated nature in favor of skyscrapers and concrete. Sonfist claimed a section of land and returned it to its primal state.

In the vaunted works of Art, the master stroke is Nature’s part.
Ralph Waldo Emerson”

From a note available in the artist’s website, accessed here, March 2021.

Public monuments traditionally have celebrated events in human history – acts of heroism important to the human community. Increasingly, as we come to understand our dependence on nature, the concept of community expands to include non-human elements. Civic monuments, then, should honor and celebrate the life and acts of the total community, the human ecosystem, including natural phenomena. Especially within the city, public monuments should recapture and revitalize the history of the natural environment at that location. As in war monuments, that record of life and death of soldiers, the life and death of natural phenomena such as rivers, springs, and natural outcroppings needs to be remembered.

“In 1965, at age 19, Sonfist inked the first drawings for his concept of Time Landscape—discrete public enclosures intended to exist in small pockets of recovered land plots in New York City to be seeded with pre-colonial flora and forests. In stark contrast to the heroic monumentalism of some fellow Land Artists, Sonfist’s Time Landscape structure proposed a very different kind of monument (and commemorative impulse): to recover ‘the natural environment before Colonial settlement.’ Neither a park nor a wilderness preserve, Sonfist’s unusual hybrid combining both backward and forward-looking registrations radically re-conceived not only the idea of what a public monument might be (as a means of historical commemoration), but it also proposed nothing less than a re-formulated possibility frontier for art itself, including also man’s historical (and future) relationship to nature.”

My art presents nature. I isolate certain aspects of nature to gain emphasis, to make clear its power to affect us, to give the viewer an awareness that can be translated into a total unravelling of the cosmos.