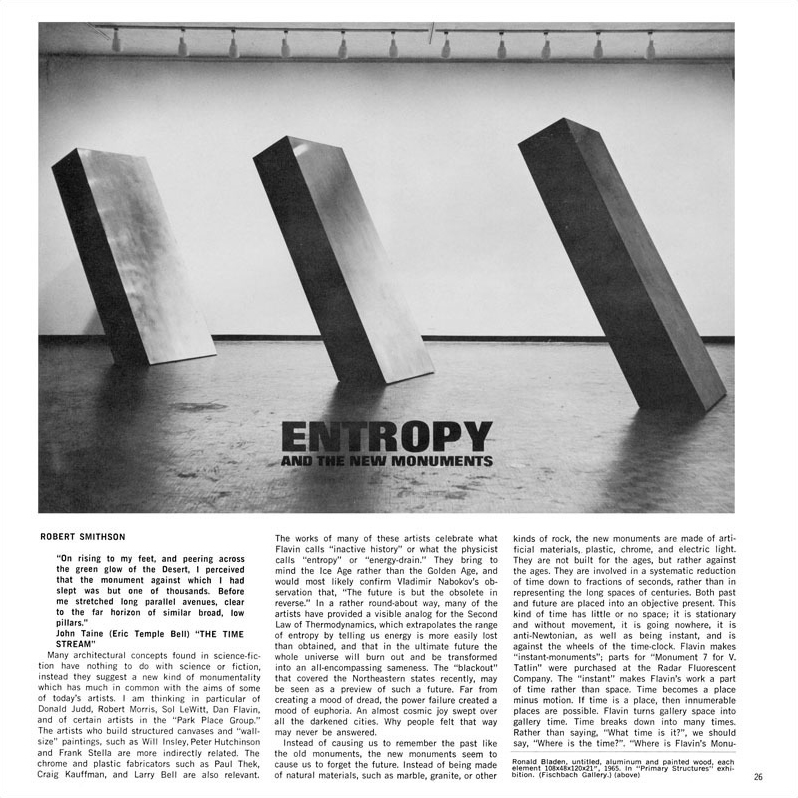 “When I wrote the article ‘Entropy and the New Monuments,’ I was looking at that art [Minimal art] from a completely different angle. I wasn’t looking at it as a positivist, the way I think a lot of it was extrapolated. I wasn’t interested in any kind of ontological varication. Intuitively I was involved there with notions that now seem quite interesting to me: the preoccupations with landscape outside of galleries; places outside galleries; the locomotion of artists and what they do in their spare time; a kind of diversity and discontinuity that was completely pervaded by the entropic process. Now I just read this book called The Entropy Law and the Economic Process [1971] and, more or less, this economist [Nicholas Georgescu-Roegen] sees all manufacture processes entropically. In other words, we might build bigger and better cars but that’s going to mean bigger and better waste piles. So it might be that the actual outcome of all production, including art production, is some kind of waste, or obsolete system. In other words, all production of art tends to, in some way, lose itself in other meanings or the social system breaks down.”

Entropy and the New Monuments

“Instead of causing us to remember the past like the old monuments, the new monuments seem to cause us to forget the future. Instead of being made of natural materials, such as marble, granite, or other kinds of rock, the new monuments are made of artificial materials, plastic, chrome, and electric light. They are not built for the ages, but rather against the ages. They are involved in a systematic reduction of time down to fractions of seconds, rather than in representing the long spaces of centuries. Both past and future are placed into an objective present. This kind of time has little or no space; it is stationary and without movement, it is going nowhere, it is anti-Newtonian, as well as being instant, and is against the wheels of the time-clock.” 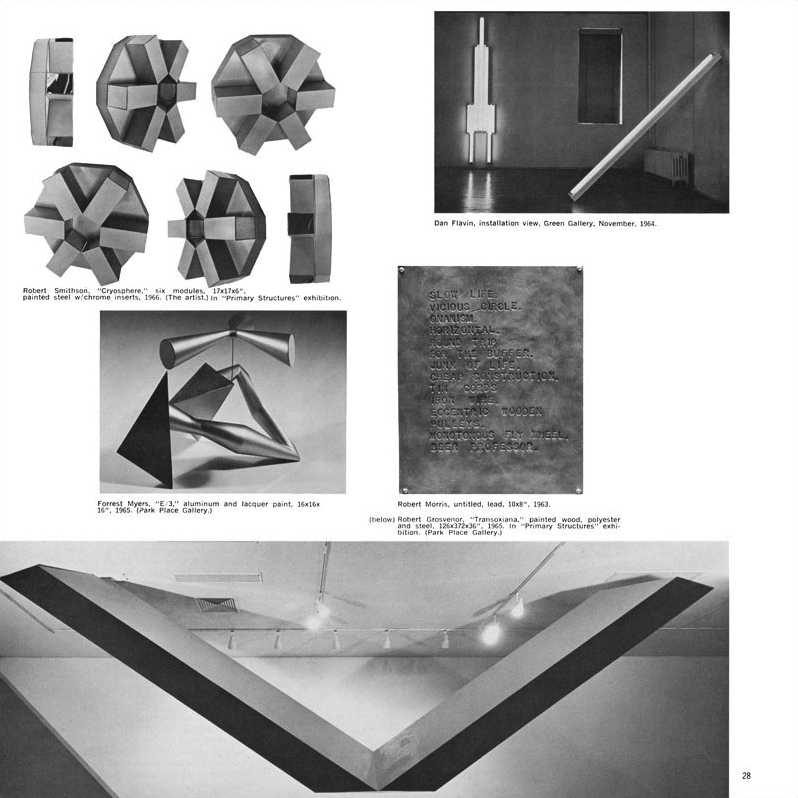 Echoing the “Groundworks” timeline: 1961
explorations
#groundworks
On the Importance of Natural Disasters