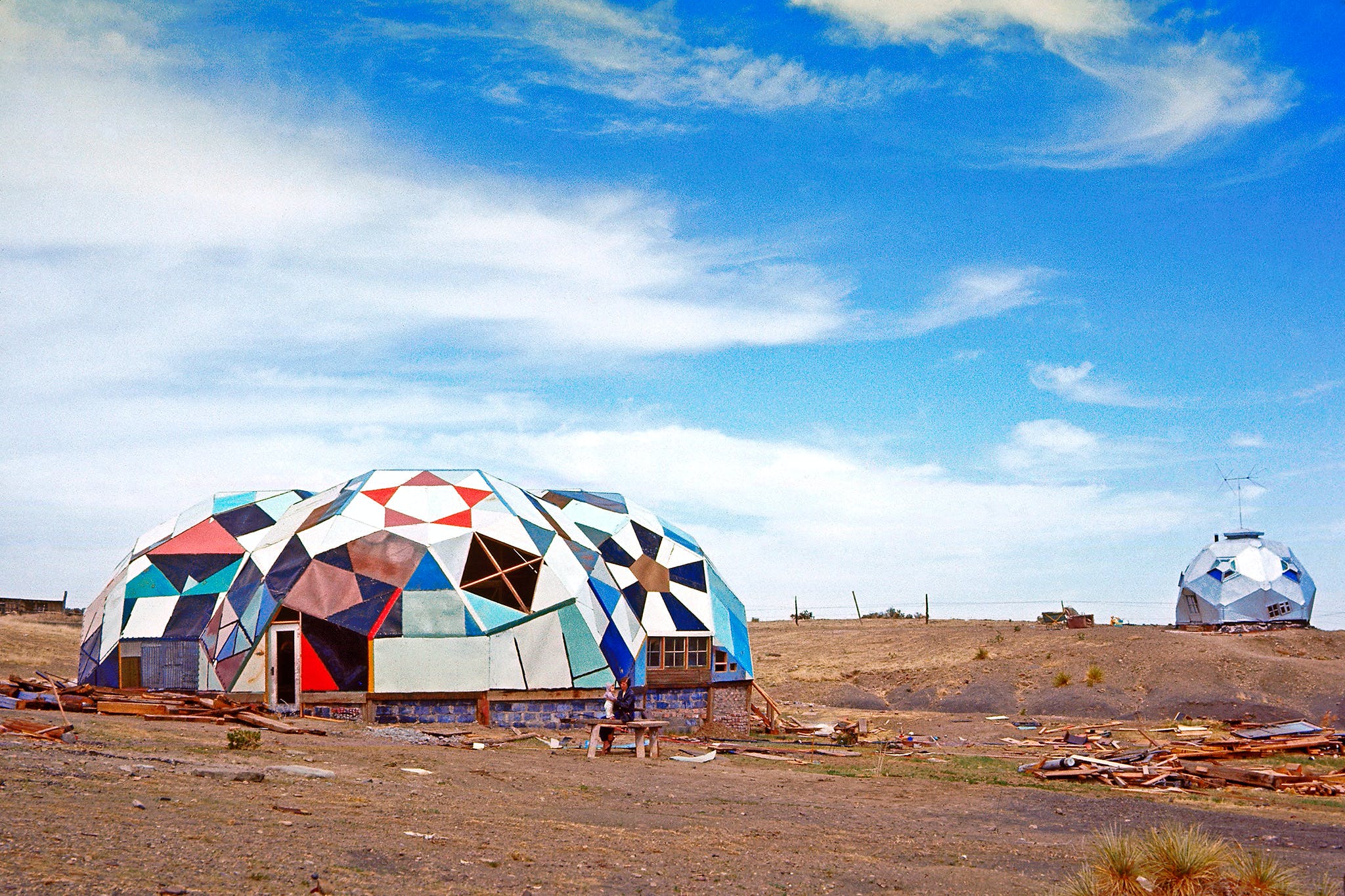 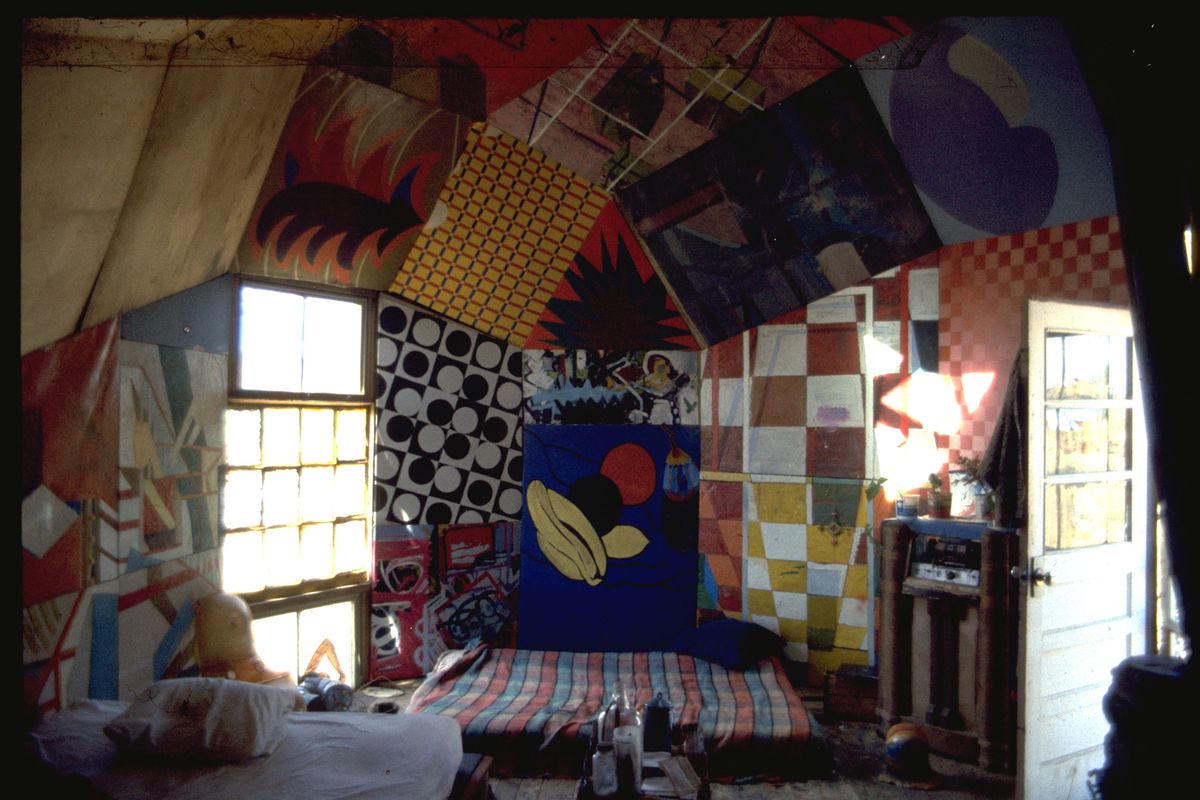 “Gene [Bernofsky] and I had actually bought the property in Southern Colorado and decided that we were going to build A-frames. But after [Buckminster] Fuller’s lecture, we decided to go with geodesic domes.”

“Drop City is of anthropological interest, then; its singular architectural qualities make an important supplementary appeal. Revisited with a fresh eye, Drop City appears more than utilitarian. Drop City constructions were intellectually engaging, formally memorable, communally involving, and endowed a powerful sense of place to the seasonal mud and dust of south eastern Colorado. Drop City’s architectural style was suggestive of the explosive shards of Droppers’ early art projects at the University of Kansas, of prismatic LSD visions, of stained glass, of petals opening, and of the sunrising. (→ 2) Drop City affected a manner bestriding form and informe. Unlike the derided paisley swirl usually associated with psychedelia, it exerted architectonic appeal, full of abrupt nodes, edges, and disjunctions. Drop City’s architectural notoriety was attributable to its ‘bricolage’ of materials and ideas, which made the geometric design principles of Richard Buckminster Fuller (1895–1983) into a countercultural language and then metamorphosed them. In 1966, Drop City was pioneering the amateur geodesic dome and its variant the ‘Zome’; it soon hosted passive solar energy systems as well. Drop City was to the counterculture as Constructivism was to the early Soviet state. …

Drop City’s multicolored patchwork architecture, set against the background of the mountains in the Culebra Range, pulsed selflessly as a psychedelic beacon to those attempting to leave mainstream society. Because of its media presence, writes the historian of 1960s communes Timothy Miller, ‘Drop City stood as an accessible model of what a new America might look like’, a condensation into a single place of ‘most of the themes that had been developing in other recent communities – anarchy, pacifism, voluntary poverty, sexual freedom, rural isolation, psychedelics, art’. ‘We were not models, hippies, or a commune’, Bernofsky now laments for his city. ‘Those trademarks are strictly the invention of establishment media.’”

Echoing the Groundworks timeline and the Visual Natures mapping: 1965–1973